In 1919, Armistice Day was announced as a holiday that would be “filled with solemn pride in the heroism of those who died in the country’s service” during WWI, and a day to remember with gratitude the victory brought by their sacrifice. In 1945, twenty-six years later, WWII veteran Raymond Weeks presented an idea to rename the holiday “Veterans Day” as a way to honor veterans from all conflicts. Eisenhower supported the idea, and on June 1st, 1954, he signed legislation that officially recognized National Veterans Day. 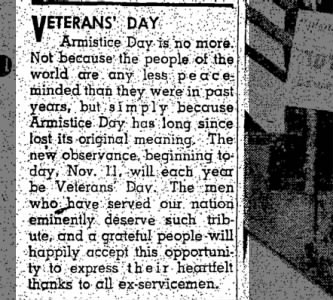 Weeks was called the “Father of Veterans Day,” and led the annual celebrations every year until his death in 1985. The change in name took some time to settle, and newspapers for years afterward can be seen calling the holiday by both names to avoid confusion. 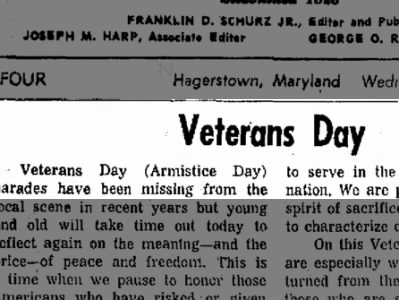 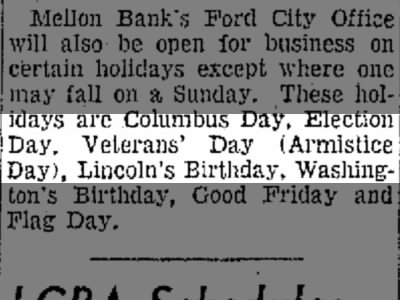 Not everyone approved of the decision. This article from 1955 shows that over ten years later, some wished that the title of “Armistice Day,” along with what it represented, would have just been left alone. 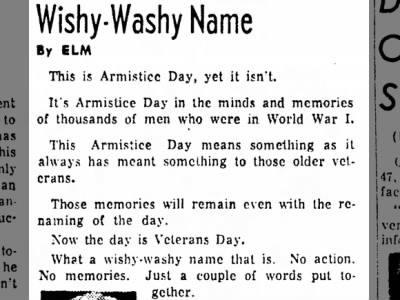 Yet Veterans Day remains, commemorated every year on the eleventh day of the eleventh month, the same day the armistice was signed to end WWI. In Arlington National Cemetery, a ceremony is held each November 11th at 11:00 am at the tomb of the unknown soldier, while the rest of the nation honors all veterans, living and dead, with ceremonies, parades, and quiet reflection.

One thought on “Veterans Day”