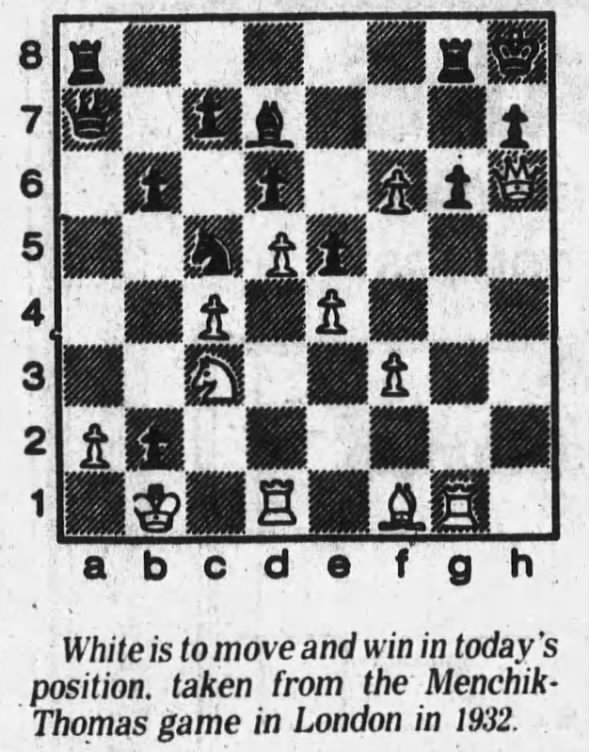 The name Vera Menchik is not familiar to many people. But with her rise as a brilliant chess player in the 20s and 30s, and her success in tournaments against some of the greatest masters of the game, Menchik helped pave the way for women to enter a competitive world that too often failed to welcome them.

Vera was born in Moscow, Russia, in 1906. She began playing chess at age nine, given a chess set and an understanding of the rules by her father. When her school formed a chess club, she joined.

The Russian Revolution upended the Menchiks’ home, business, and family, and Vera moved to England with her mother and sister. There she continued her chess education with the Hastings Chess Club, and later became a student of grandmaster Géza Maróczy.

In 1927, she won the first Women’s World Championship in London. She would go on to defend that title in every championship over the next twelve years, with seventy-eight wins, four draws, and only one loss.

Many considered chess too intellectually rigorous for women, an opinion that continued well into the latter half of the 20th century.

When a woman proved that unflattering sentiment wrong by doing well in competitions, not everyone took her seriously.

Menchik entered the Carlsbad chess tournament in 1929, the only female competitor. Viennese master and fellow competitor Albert Becker found the idea so laughable that he proposed the creation of the “Vera Menchik Club,” where entry would be granted to anyone defeated by Menchik. Becker became the club’s first member.

Within a decade, the club that began as a mockery had been “joined” by some of the chess world’s most notable names, including Max Euwe, Edgard Colle, Mir Sultan Khan, Jacques Mieses, Samuel Reshevsky, and Frederick Yates. 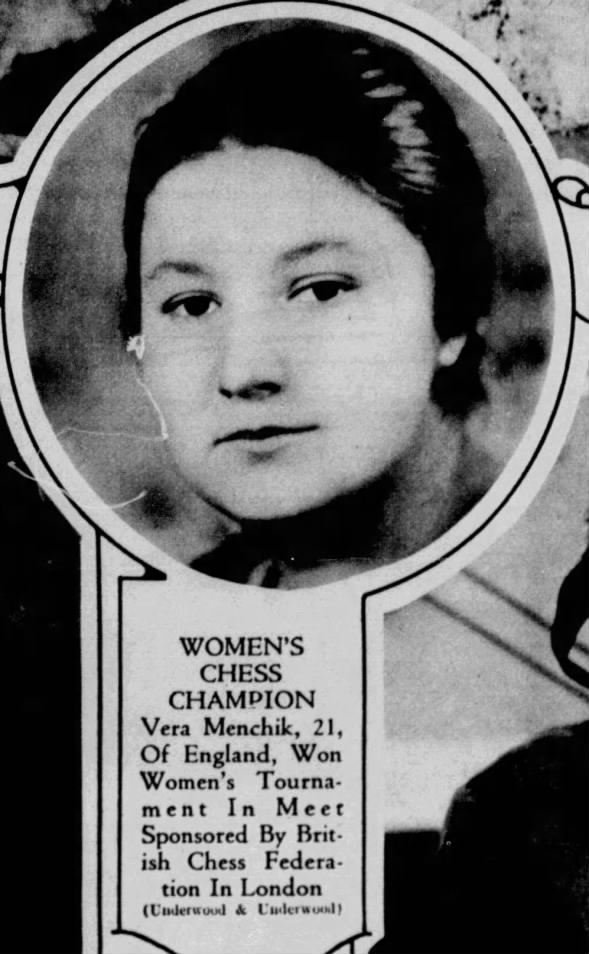 Menchik defended her title as Women’s World Champion from 1927 until the end of her life. Sadly, that end came prematurely. At age 38, Menchik was killed by a bomb attack in London during World War II, along with her mother and sister. 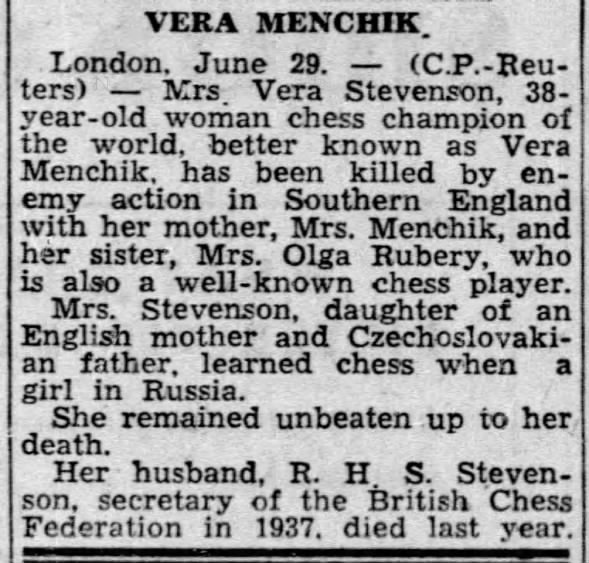 Menchik did not effortlessly win every game. Many times she ranked low, or even last, in the list of competitors. But she played with such skill and knowledge that she took a male-dominated world by surprise. She holds a special place in chess history as the first Women’s World Champion, an example for all who followed. Today, the Chess Olympiad’s winning women’s team is awarded the Vera Menchik Cup in her honor.

Find more clippings on Vera Menchik and other important names in chess with a search on Newspapers.com.