Do you have a woman in your family tree whose married surname you know, but you don’t know the one she was born with? If traditional genealogical records haven’t solved the mystery, try using historical newspapers! In this post, we’ll discuss 5 newspaper sections that can help you figure out the surname a woman had before marriage. 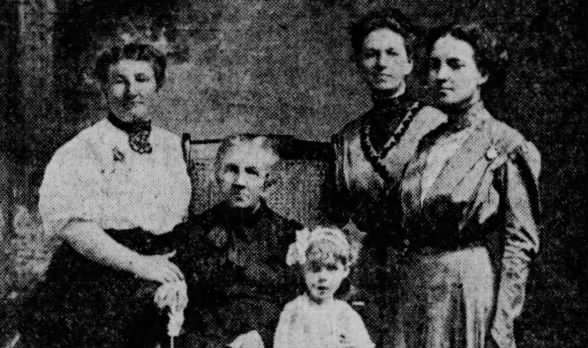 Before you start, remember you’ll need to search for the woman’s name the way it would’ve appeared in the newspaper. This may mean searching variations of her name (nicknames, alternate spellings, etc.) or searching by her husband’s name or initials, e.g., “Mrs. John Smith” or “Mrs. J. Smith.” (Read this blog post for more tips: “Top 5 Tips for Finding Your Female Ancestor in the Newspaper.”)

Also, keep in mind that remarriages, stepfamilies, and half-siblings can make determining the woman’s birth surname even trickier. And you might not know at first that you’re dealing with one of those situations! So always try to verify the information you discovered in the newspaper using additional sources.

The first thing to look for is the woman’s obituary. Newspapers.com™ makes it easy to find obituaries: simply search for a name, and select “Result Type” then “Obituaries” on the search results page. You can also filter by location and date.

Since obituaries often list the parents’ names, your mystery might be solved pretty quickly if you can locate one. However, if the obituary doesn’t list her parents’ names, look to see if it includes a list of surviving family members. If it lists a brother’s name, it’s possible (even likely) that his surname was also the surname of your female ancestor prior to her marriage.

If no brothers are listed, take a look at the first and middle names of any children mentioned. Do any of those names sound like surnames? If so, the woman might have passed her own family surname along to her children, so it’s worth investigating those names further. 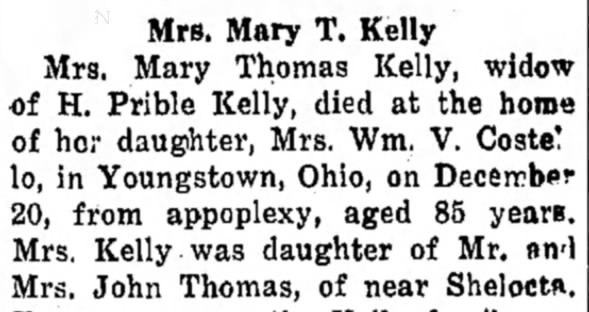 A woman’s birth surname is also likely to be mentioned in her newspaper wedding announcement. Since you don’t know what the woman’s surname was prior to her marriage, search for her first name and her future husband’s name to locate the announcement. She might be written about as “Miss Jane Brown” or “Jane, daughter of Mr. and Mrs. Charles Brown.” Either way, you now have a likely candidate for her pre-marriage surname.

If her birth surname isn’t mentioned, see if you can find a newspaper article published after the wedding that mentions the details of the day, including the members of the wedding party. If brothers, other male relatives, or unmarried sisters are mentioned as being in attendance, their surnames are a clue to what your ancestor’s surname was. If the names of her married sisters are mentioned, see if you can find their wedding announcements, which might include the parents’ surname even if the announcement for your direct ancestor didn’t.

If your female ancestor was married multiple times, you may need to start with her most recent marriage and work your way back to each previous marriage until you find an announcement that mentions her parents’ surname.

As with obituaries, on Newspapers.com™ you can choose to filter your search results to only show marriage announcements. Do this by going to “Result Type” and then “Marriages” on the search results page. 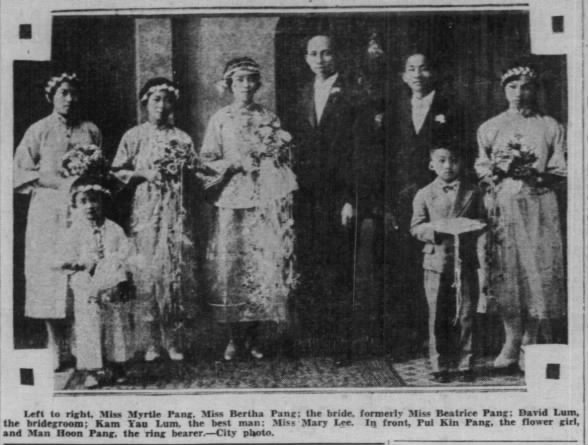 If you can’t find an obituary or wedding announcement for your female ancestor, try looking to see if wedding anniversary announcements were ever published for her and her husband. They are especially likely to appear during major anniversary years (25th, 50th, etc.).

Like obituaries and marriage announcements, anniversary announcements can contain a wealth of family detail, including the names of parents, siblings, children, etc., which can point you in the direction of the surname you’re looking for. 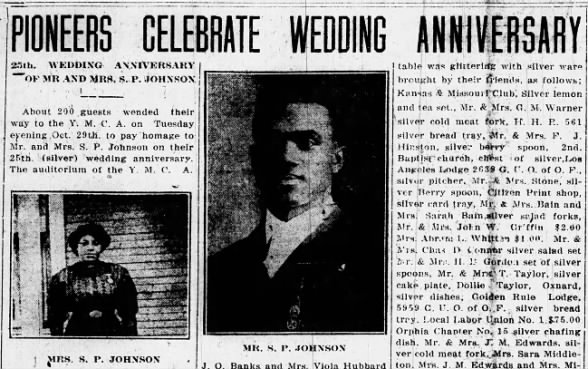 Some newspapers published recaps of local family reunions, including a list of who was in attendance. If the woman you’re looking for appears in one of these lists under her married name (or her husband’s name), take a look at the surnames of the other people in the list. Does it look like the reunion is for her side of the family or her husband’s? If it looks like it’s for her side of the family, what are the common surnames mentioned? Odds are in your favor that one of those surnames is the one you’re looking for, though you may need to do a bit more digging to confirm.

And pay attention to whether the reunion summary mentions if it’s an annual reunion. If it does, you’ll want to search for newspaper summaries of those other reunions to see if they reveal even more detail.

Travel and social news are frequently just a sentence or two long, but they can reveal so much. For example, if one notice says that Mr. and Mrs. John Smith visited her brother Mr. James Brown for Thanksgiving, you now have a solid hint about her birth surname! Same thing goes for mentions of parents, unmarried sisters, or paternal cousins.

Have you used newspapers to solve any mysteries when researching the women in your family tree? Share your successes with us in the comments!

6 Reasons You May Not Be Getting the Results You Want on Newspapers.com™