Using Newspapers to Learn More from the 1950 U.S. Census

The 1950 U.S. Census was released earlier this year, opening new avenues of research for family historians. Have you had the chance to search the census for your family members yet? Locating their names in the census isn’t the end of your journey—it’s just the beginning! If you pair the information you find in the census with newspaper searches, you might uncover things about your family members that you never knew.

Here are some ideas of ways to use Newspapers.com™ to learn even more from the 1950 census! 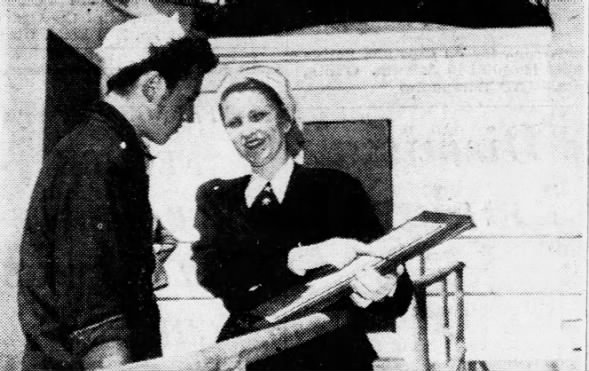 Questions for all persons

“Name of street, avenue, or road”; “House and apartment number”

“Is this house on a farm or ranch?”

“What is the name of the head of this household?” “What are the names of all other persons who live here?” “Relationship of person to head of the household”

“How old was he on his on last birthday?”

“Is he now married, widowed, divorced, separated, or never married?”

“What State (or foreign country) was he born in?”

Questions for persons fourteen years of age and over

“What was this person doing most of last week: working, keeping house, or something else?” “What kind of work was he doing?” “What kind of business or industry was he working in?”

Questions for persons on sample lines (six per sheet)

“What is the highest grade of school that he has attended?” “Did he finish this grade?” “Has he attended school at any time since February 1st?”

“If male, did he ever serve in the U.S. Armed Forces during World War I, World War II, any other time including present service?”

“If ever married: Has this person been married more than once?” “How many years since this person was (last) married, widowed, divorced, separated?”

6 Basic Strategies for Searching on Newspapers.com™