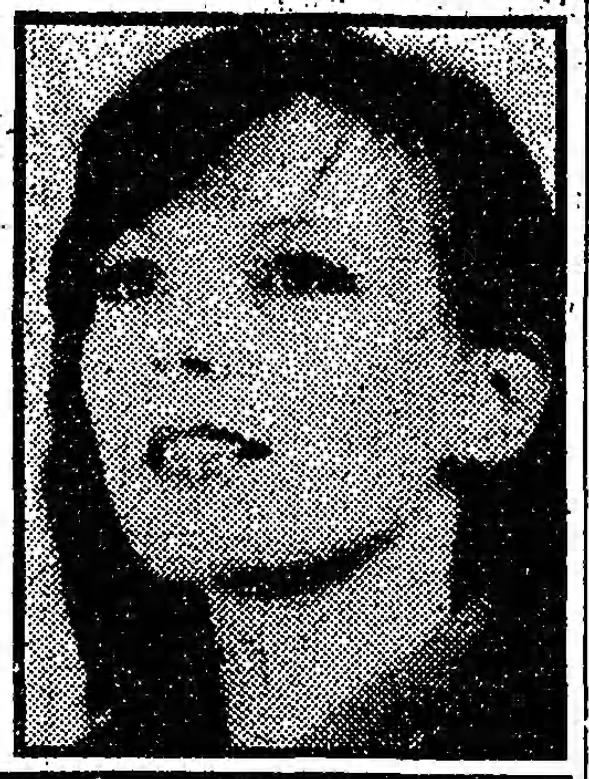 On July 28, 1986, real estate agent Suzy Lamplugh went to show property on Shorrolds Road in Fulham, England, to a client she called “Mr. Kipper.” Witnesses report seeing a woman of her description arguing with a man and then getting into a car. Her own vehicle, a white Ford Fiesta, was found apparently abandoned the night of July 28, with the keys gone and her purse still inside. That night Suzy was declared missing. 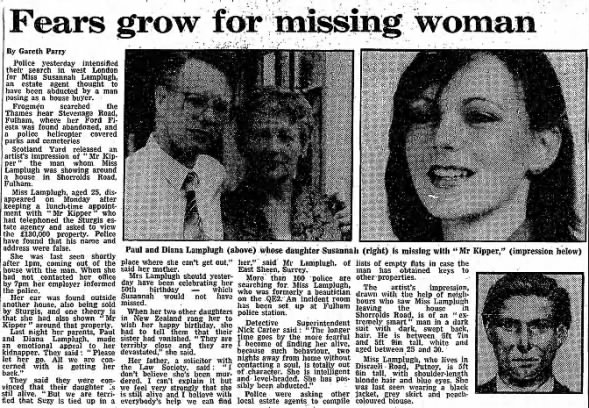 In the thirty years since, her disappearance has remained a mystery. No evidence exists to link her disappearance to foul play (though it is assumed), and her remains have never been found. There are, however, a couple of theories as to who is responsible.

The first involves a man name Steve Wright, who worked on the same cruise ship as Suzy when she was a beautician prior to her real estate job. In 2008, decades after Suzy’s disappearance, Wright was convicted of five murders. People began to suspect that Suzy might have been an earlier victim of his, but there have been no strong connections made between him and Suzy’s murder.

The second theory is a bit stronger. This one involves John Cannan, a convicted killer who was released from a prison hostel days before Suzy disappeared. He was known by fellow inmates as “Kipper,” the same name used by the client Suzy met the day she vanished. He bore some resemblance to the police sketch of the mysterious Mr. Kipper. But again, all evidence was too circumstantial to bring Cannan to court, and he denied any involvement.

The search for clues to Suzy’s fate has been ongoing, but evidence continues to elude investigators. For now, Suzy’s disappearance remains an unsolved mystery.

Find more on this highly publicized story with a search on Newspapers.com