In the frozen pre-dawn hours of April 15, 1912, the passenger liner RMS Titanic was swallowed by the waters of the North Atlantic Ocean. Just two hours and forty minutes after an iceberg ripped through the rolled steel hull plates on Titanic‘s starboard side, the massive ship and most of her passengers sunk out of sight. 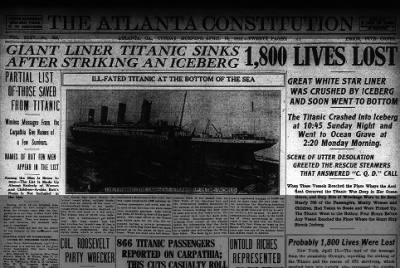 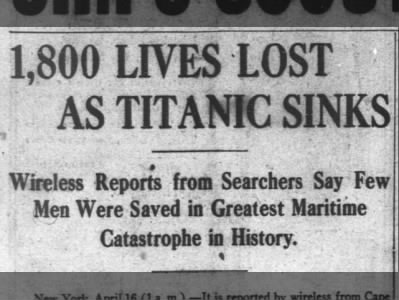 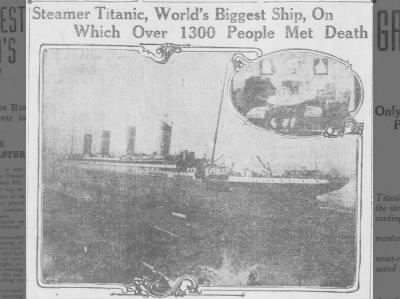 It was one of the most fatal maritime disasters to happen during a time of peace. The oversights that caused so many deaths, and the misinformation that followed, prompted outrage, particularly from family and friends who ached to know if their loved ones had survived—or why they hadn’t. 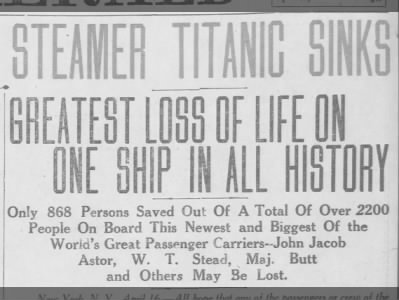 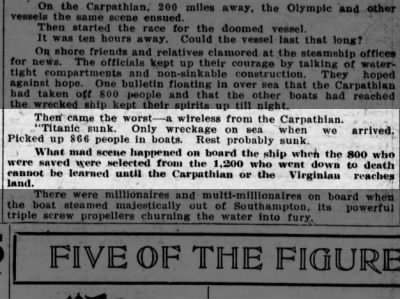 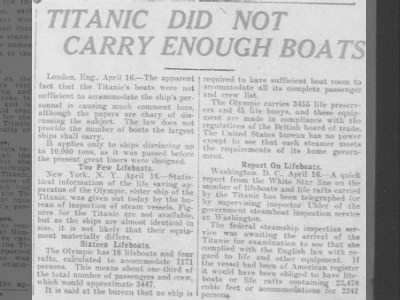 The disaster cost thousands of lives, millions of dollars, and—fortunately—led to major improvements in maritime safety regulations, some of which are still around today.

Find more headlines from this infamous disaster on Newspapers.com.