This Week in History – Voyage of the Kon-Tiki

This week in 1947, a balsa raft called the Kon-Tiki successfully ends its long voyage across the Pacific with a (rough) landing on the uninhabited island of Raroia. The precarious excursion was meant to prove that the Polynesian islands could have originally been settled by South Americans, a theory posited by Norwegian anthropologist and raft captain, Thor Heyerdahl. 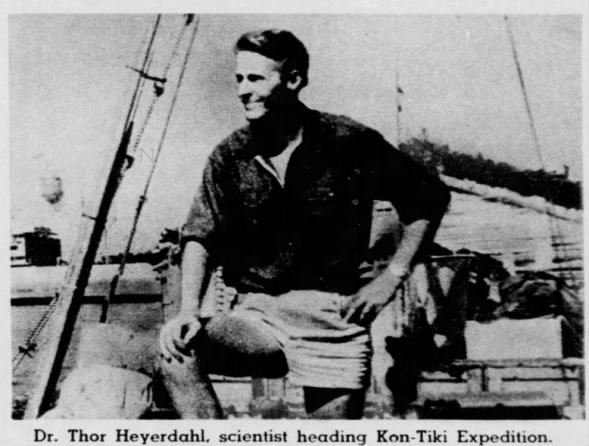 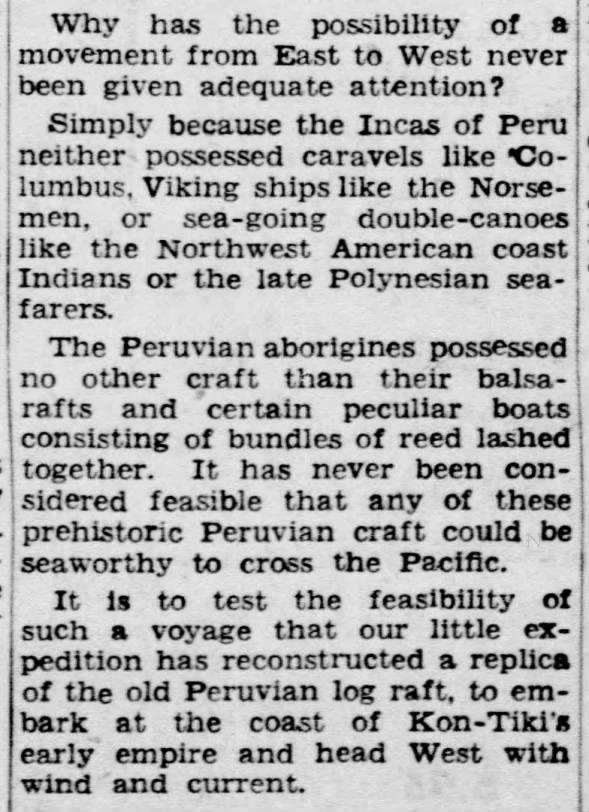 The 4,300 mile trip took the six men on board the raft 101 days to complete. The voyage began in late April and was anticipated to last at least four months. The raft itself was constructed as close to the indigenous ancient Peruvian style as could be managed, and would bob along from Peru to Tahiti with the help of the Humboldt Current. As you might expect, an ocean journey on a raft no bigger than a modestly-sized living room had its share of dangers. 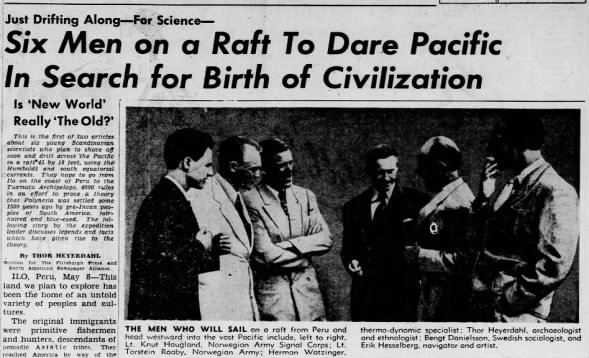 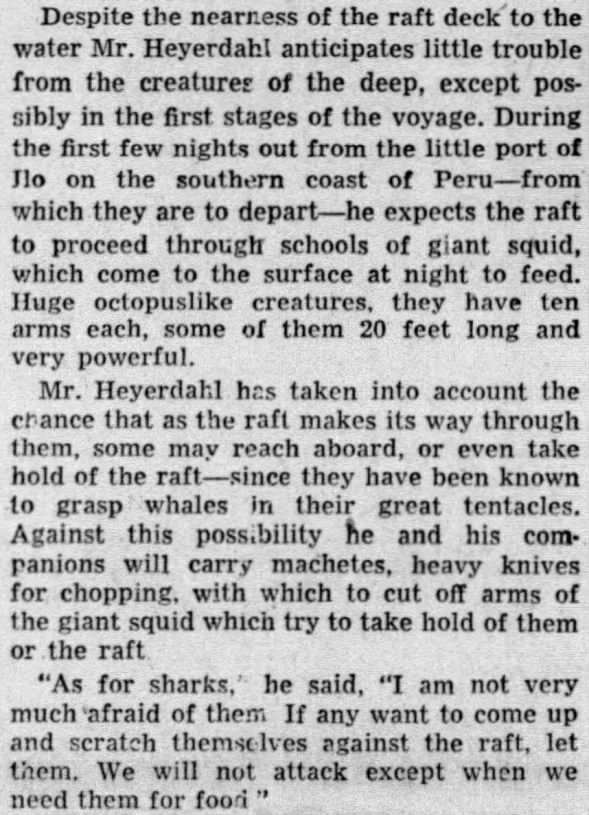 The raft crashed into a reef off the coast of Raroia island on August 7—an almost comically bad ending to a long and difficult experiment. Fortunately, all of the crew were fine and made it back home safely afterwards. But on the bright side, they got there ahead of schedule! You win some, you lose some.

Find out more about the Kon-Tiki expedition and the men who braved it with a search on Newspapers.com.