This Week in History – Route 66 Decertified

U.S. Route 66, famously dubbed the “Mother Road” by John Steinbeck in The Grapes of Wrath, was officially decertified on June 27, 1985. In an age of interstates and speed, the long meandering route became obsolete, but its importance in cross-country travel and connection to automobile nostalgia have cemented its status as an American cultural icon. 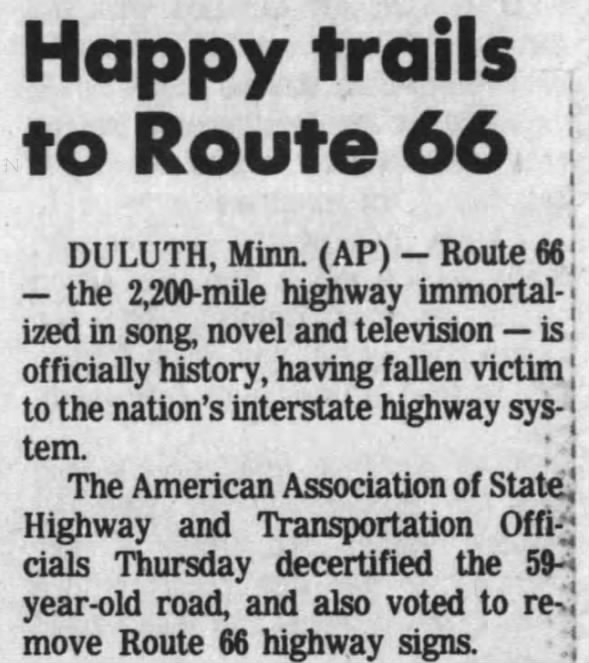 The story of Route 66 begins in 1857, when it was first traversed by a man named Beale and his troupe of camels. It became an official U.S. road in 1926.

No one could have predicted the staying power of the route’s history and imagery when the road was first mapped. It is admired and beloved in a way that perhaps no other road in the world can claim to the point of becoming a tourist attraction, and by the time decertification came around in the mid 1980s, memorials were in the works to commemorate the old highway’s significance. 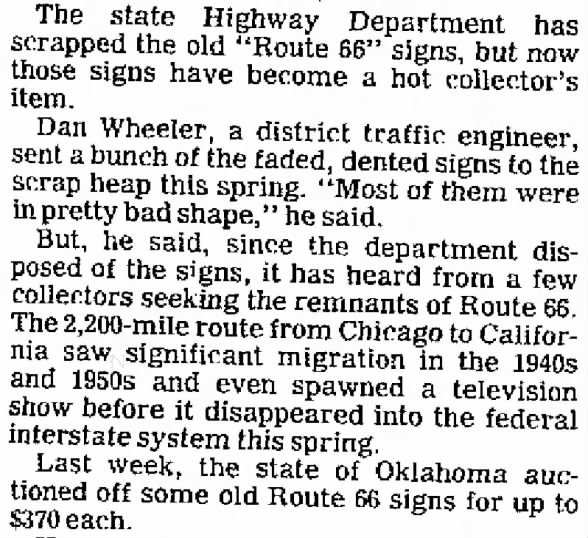 A road that crosses from Illinois to California can’t help but be dotted with places of interest, as shown in the clipping below—a fun field trip for the Route 66 enthusiast! 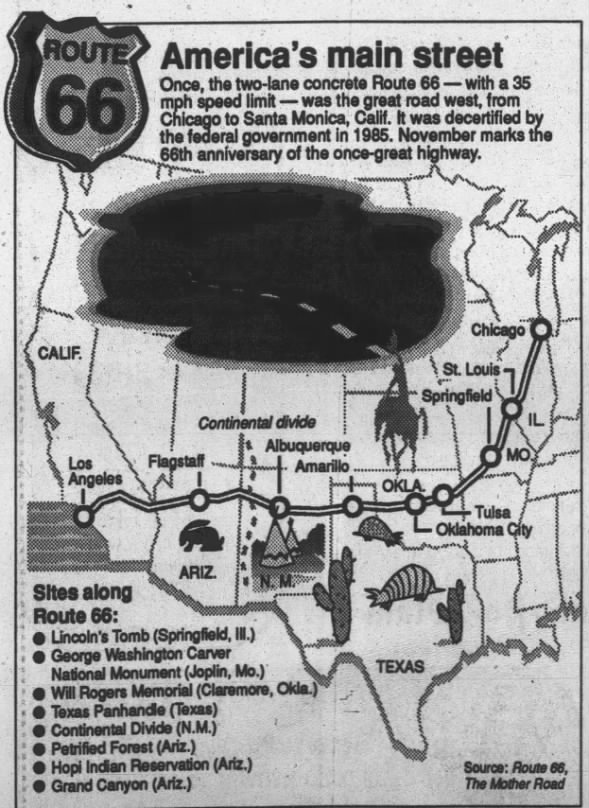 Find more on the history of Route 66 with a search on Newspapers.com.

One thought on “This Week in History – Route 66 Decertified”