It was this week in 1954 that the first trials of Jonas Salk’s polio vaccine began throughout the U.S., Canada, and Finland. 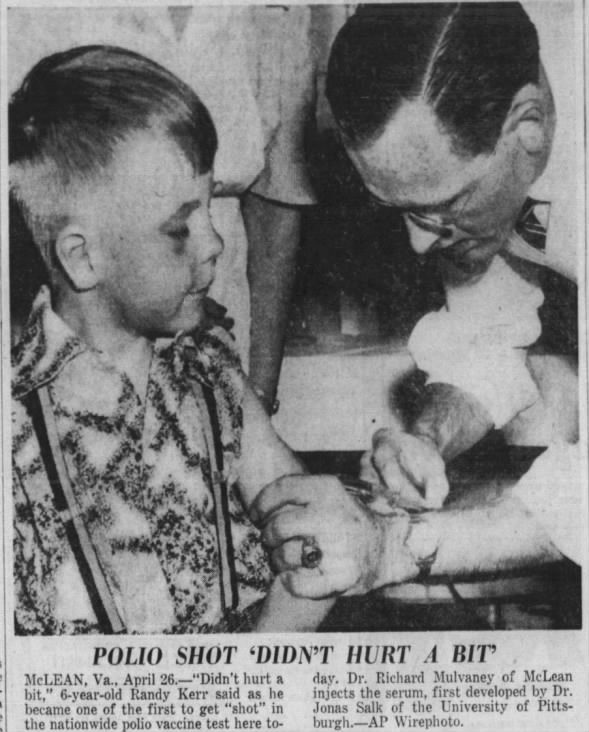 The trials were successful—the vaccine was declared to be safe and effective! At last, the huge, epidemic numbers of polio cases began to decrease, and within a few decades the ancient disease was nearly eliminated worldwide. 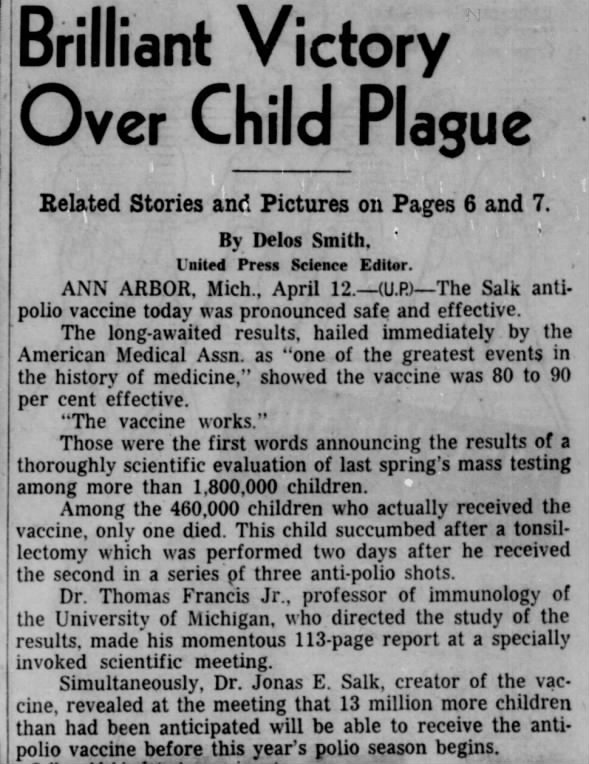 Find more on the treatment and trials associated with this piece of history with a search on Newspapers.com.

One thought on “This Week in History – Polio Vaccine Trials”