This week in 1911, Hiram Bingham discovered the ancient Inca city of Machu Picchu. “Discovered” is, in this case, a bit inaccurate; those living in the region already knew about the ruins nestled in the dizzying mountain heights. It was one of these locals who pointed Bingham in the right direction and spoke the name by which the settlement is known. 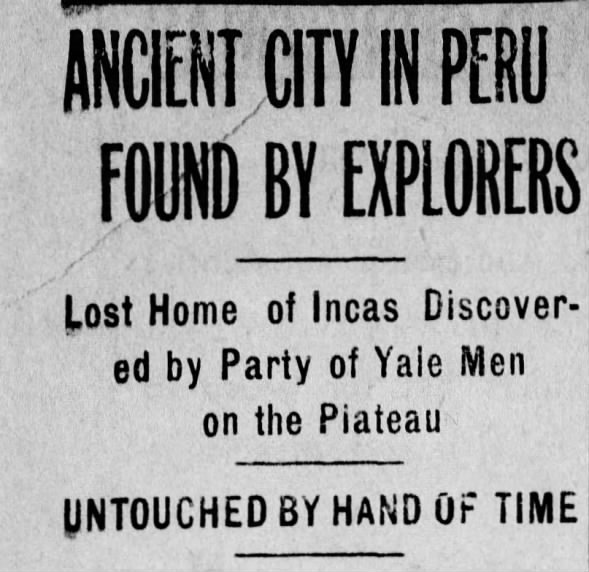 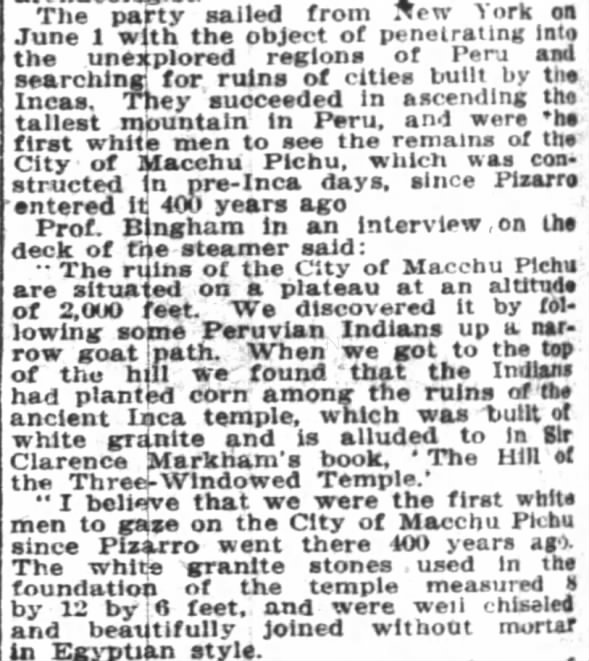 Bingham’s explorations and excavations of the city, and the subsequent publicity, brought it into headlines across the world. Its stony remains and the thousands of steps one must climb to reach them have since become one of the world’s biggest tourist attractions.

Try a search on Newspapers.com for more on Bingham and Machu Picchu.

One thought on “This Week in History – Machu Picchu Discovered”