This Week in History – Everest Conquered

On May 29, 1953, British expedition duo Tenzing Norgay and Edmund Hillary accomplish a feat that had never been done before: they reach the summit of Mount Everest.

Hillary was a New Zealander, recruited for the expedition as part of the British Commonwealth. Tenzing was a Nepali Sherpa, chosen for his expertise in mountaineering. With the help of insulated clothing and oxygen systems, the two reached the peak shortly before noon, and the news quickly spread across the land. 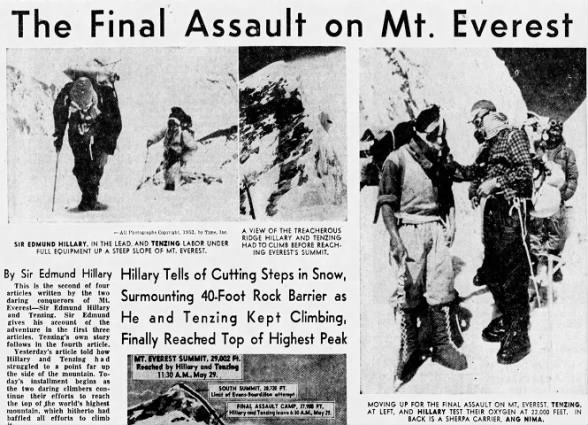 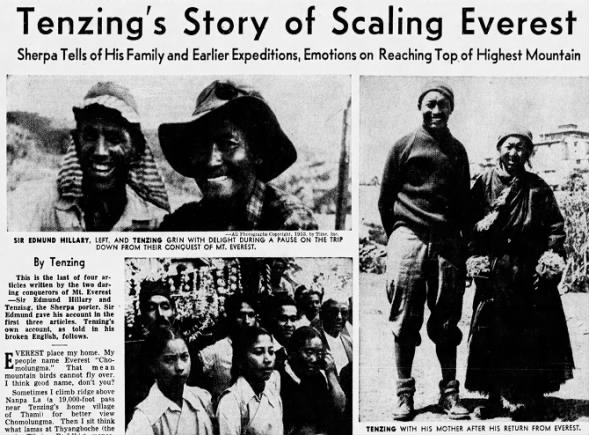 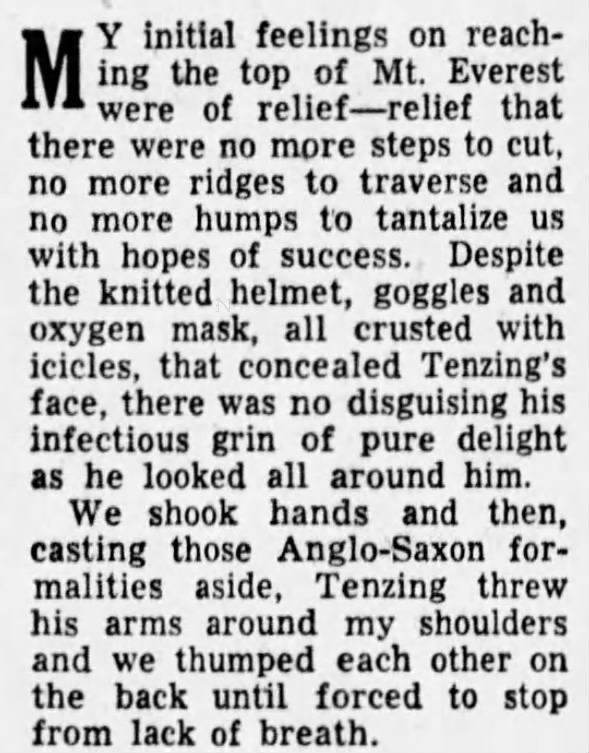 There’s a lot to find about this moment in history–both Tenzing and Hillary wrote first hand accounts that were included in the papers as the story of their success spread. Find more on Hillary and Tenzing’s successful trip up the mountain (and of the many successes and failures that happened before and since) with a search on Newspapers.com.