The War Beneath the Trenches

Though it existed before WWI, trench warfare was so commonly used during that conflict that the two are now inexorably linked. Less well-known—in fact, barely known about at all—were the battles that took place even farther into the earth, in the dark, silent tunnels that stretched beneath the trenches.

Perhaps the most notable name to go along with this particular piece of history is that of John Norton-Griffiths, an MP for Wednesbury, Staffordshire, and, significantly, an engineer with a specialty in mining.

It was his idea to form bands of skilled miners to tunnel into enemy territory (or more accurately, beneath it). Mining teams would deflect opposing tunneling teams and place mines under enemy lines themselves. It was slow, tense work. German tunnelers were digging at the same time, and neither side knew if or when they might stumble into the path of the other. Always there was the possibility of running out of oxygen, being buried alive, or being blown up by enemy miners. 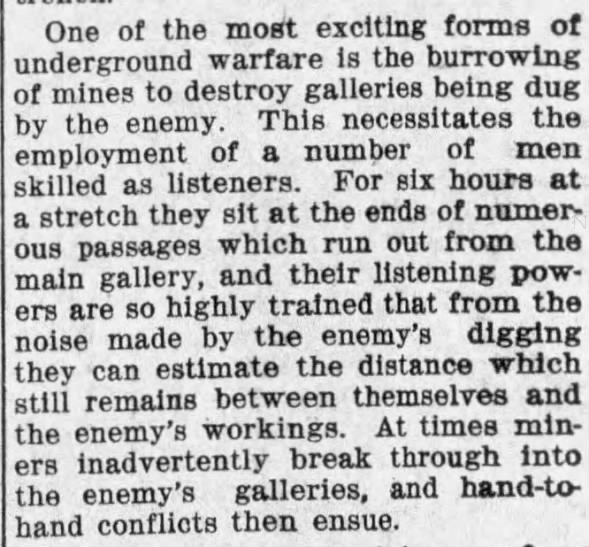 The strength of this secretive style of fighting showed itself most in the early hours of June 7, 1917, at Messines Ridge in northern France. British tunnelers had managed to evade German opposition in the world beneath the surface and successfully used the tunnels to detonate mines directly beneath German trenches. The effect was devastating on German troops; 10,000 soldiers were killed and the rest quickly overcome in the attack that followed above ground. 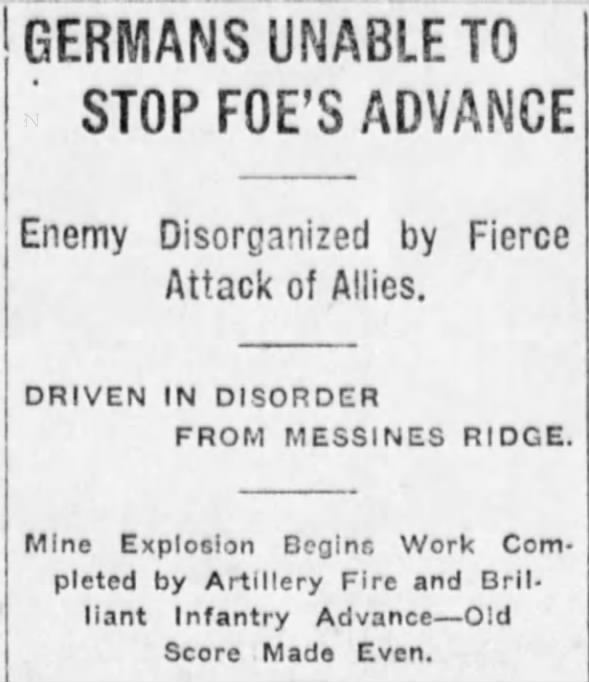 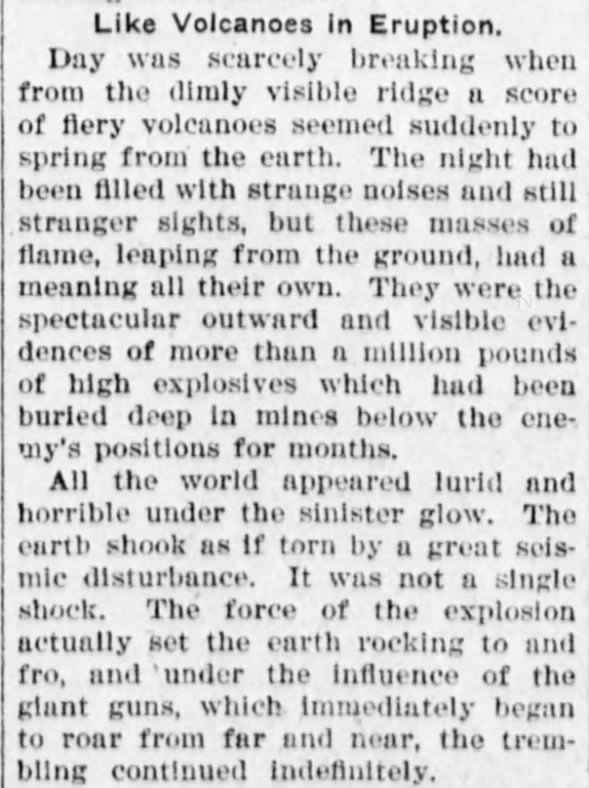 The blast was so profoundly loud that it was said to be heard as far as London, 140 miles away. 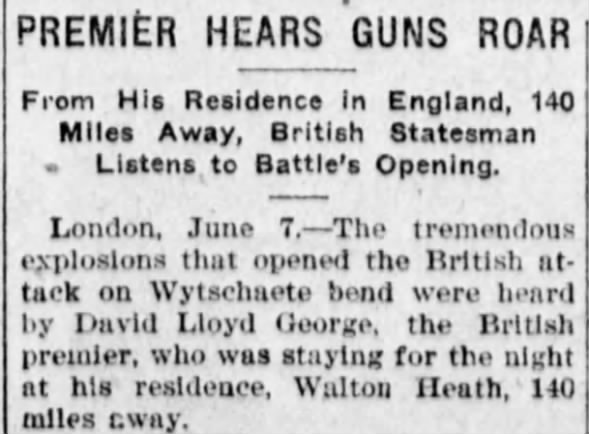 After Messines the pace of the war outstripped the speed of the miners, and the tactic of tunneling fell out of significant and practical use. The skills of Norton-Griffiths’ tunneling companies were redistributed in other arenas, now mostly above ground. Only after the end of WWI did knowledge of this underground war begin to come to light.

Find more on John Norton-Griffiths, the mining companies of the Royal Engineers, and the Battle of Messines with a search on Newspapers.com.

One thought on “The War Beneath the Trenches”