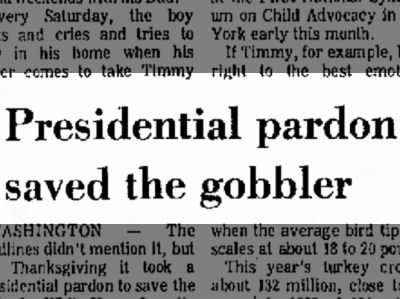 The story of the presidential turkey pardon is a strange and mysterious one. Strange, because it involves pardoning a large fowl to save it from ending up in your Thanksgiving dinner. And mysterious because no one is sure where or why it began. 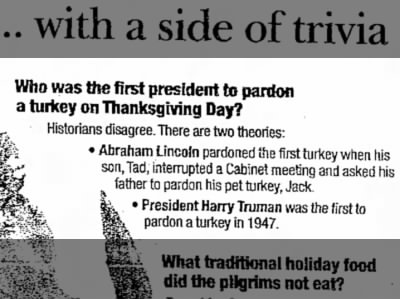 Commonly, the tradition is said to have started with President Truman in 1947, the year the first turkey was supposedly pardoned. This is despite the lack of any newspaper articles, stories, letters or other similar things proving the connection between Truman and the turkey pardon. Stories of Abe Lincoln pardoning the turkey meant for their Christmas dinner after his son grew attached to the bird also abound, leading many to believe that perhaps he is the reason for the custom. 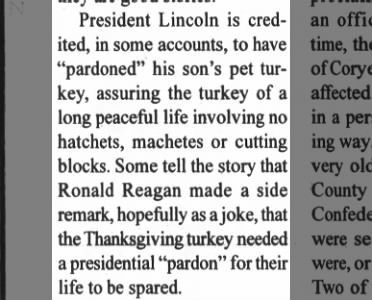 As the article above mentions, Reagan was the first to mention an actual pardon for the lucky turkey, but it was a passing joke. The first official Thanksgiving turkey pardon didn’t happen until 1989, during George H. W. Bush’s presidency. Since then it has been a standing tradition every Thanksgiving holiday. 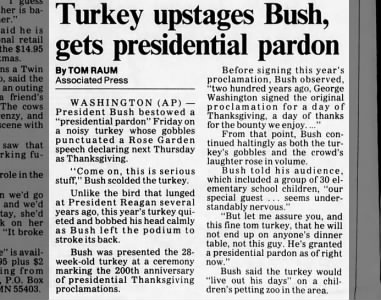 The annual turkey pardon has been fairly well-documented in the last few decades. Here are some other articles about presidents pardoning their feathered friends: 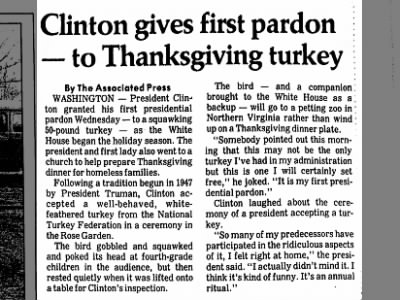 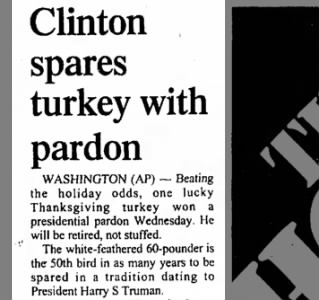 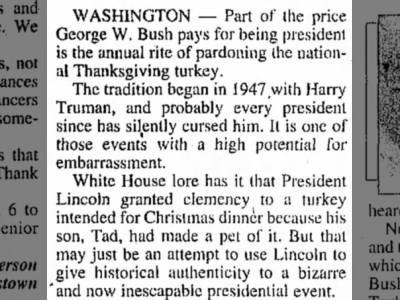 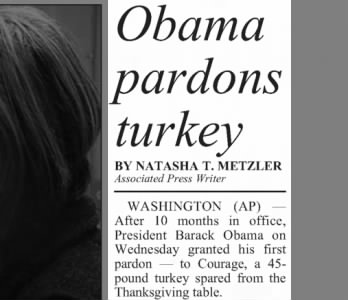 Of course there are many more similar articles to be found, full of stories of the origins of this bizarre tradition. Some are not quite factual, but all share different angles to this silly story. See what you can find on Newspapers.com.