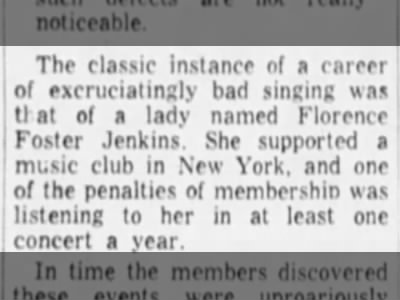 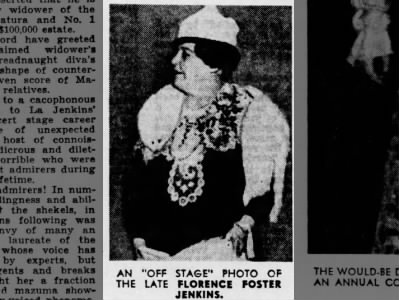 Florence Foster Jenkins was one of the most famous singers of her time, but not thanks to an abundance of talent—as you might have guessed from the bluntly honest article above. The clipping below sums it up nicely as well: 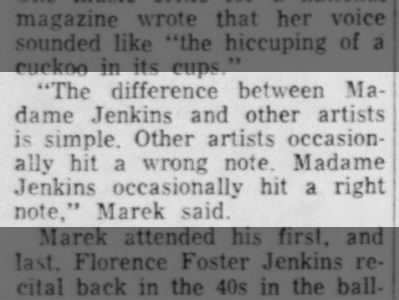 Jenkins’ musical career began long before her singing. She was a talented pianist from a young age—legitimately—and even performed in the White House. An arm injury cut that future short, but Jenkins’ love of music only continued to grow. In her early forties she began regular singing performances, primarily at the Verdi Club, an organization she founded and hosted herself. The recitals were always fairly exclusive, invite-only affairs, and it wasn’t until she was 76 years old that she finally went public—in a big way. 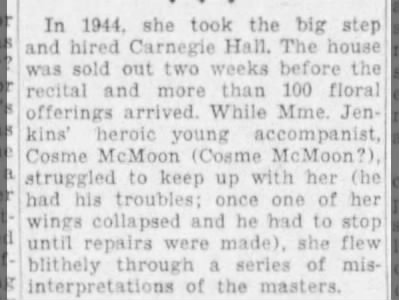 She passed away only a month after her Carnegie Hall performance, leaving behind the mystery of whether or not she really knew the true basis of her fame. Her second husband, St. Clair Bayfield, supported her throughout her singing career with genuine adoration and tried to keep the criticisms away from the eyes of his dynamic wife. 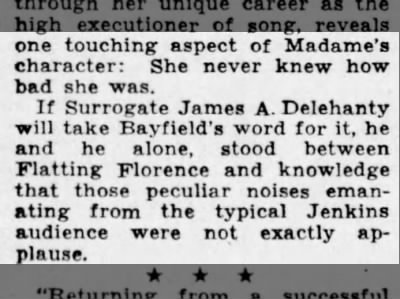 But did Lady Florence know the true depth of her lack of talent? Or was she playing the audience all along? 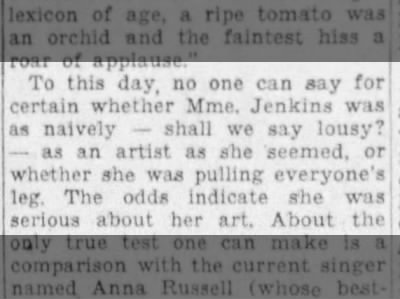 Find more about Florence Foster Jenkins and her impressive career on Newspapers.com.