If you happened to be in a Googling mood last week, you might have noticed the featured doodle was a rotation of artwork in honor of The Neverending Story. This fanciful novel by Michael Ende was published this month in 1979, but you won’t find much about it in U.S. papers until the mid-80s, when the book was translated into English and then made into a film. 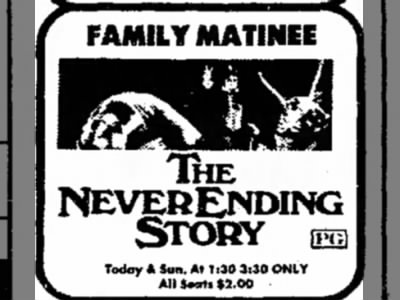 The book was very popular in Germany, where it was originally published, but remained basically unknown to Americans until the release of Wolfgang Petersen’s film in 1984. The author and filmmaker disagreed on the direction of the film so much that Ende finally asked for his name to be taken from the credits, saying that Petersen did not understand the book at all. Petersen had his own thoughts on the subject: 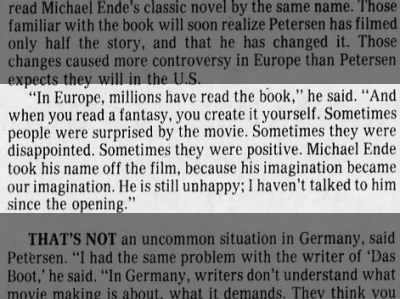 Despite Ende’s objections, the film did very well. Like most creative endeavors it had a healthy heaping of criticism, but many critics and viewers admired the special effects and the new, imaginative world Petersen had created. 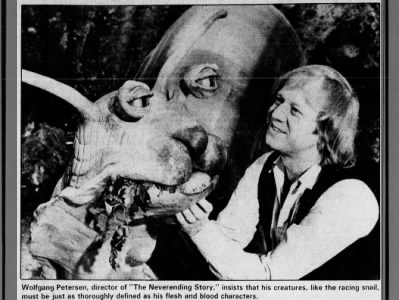 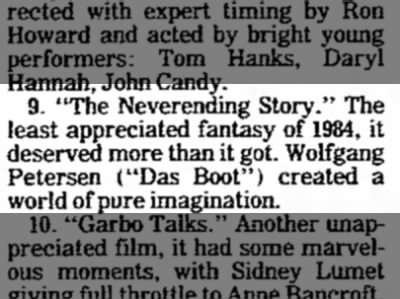 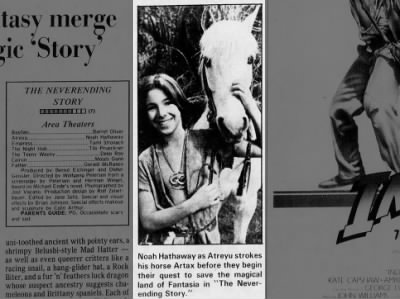 Even today, despite dated special effects and a very 80s-appropriate soundtrack, The Neverending Story remains a beloved classic to many. Find more articles on the author, the film, and the film’s reception with a search on Newspapers.com.