The Mystery of the Mary Celeste

The story of the Mary Celeste is an odd one—an empty ship, a missing crew, and no explanation for either? Almost 150 years have passed since the strange day of the ship’s discovery, and while many theories have been presented to explain what happened, the mystery remains unsolved to this day. 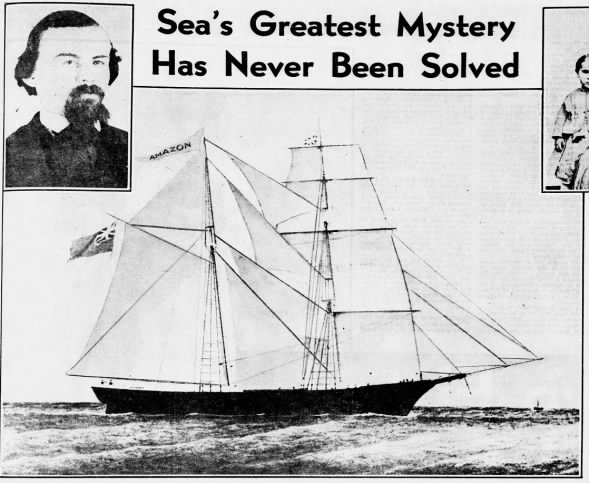 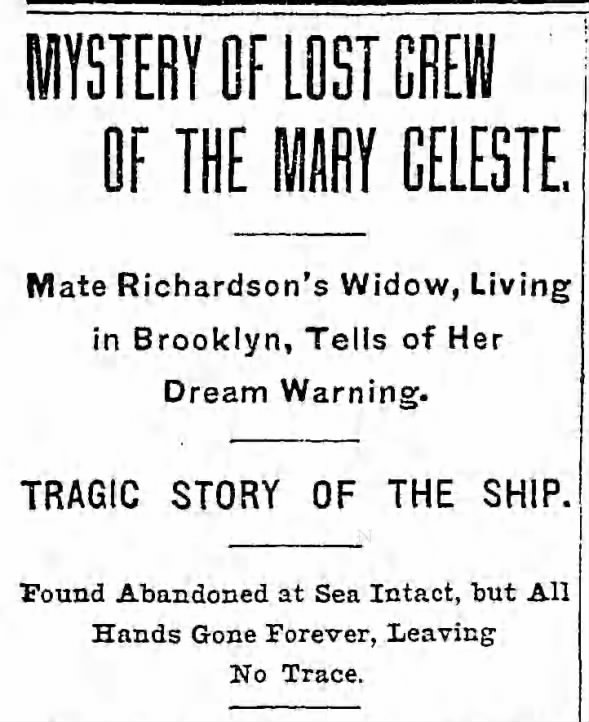 The voyage of Mary Celeste began in typical fashion. She set sail from New York Harbor on November 5, 1872, headed to Genoa with a hefty cargo of industrial alcohol. It was the last time anyone saw the captain or crew who left with the ship.

A month later Mary Celeste was spotted by the crew of Captain David Morehouse, whose ship, Dei Gratia, was also on its way to the Mediterranean. He noticed the erratic movements of Mary Celeste and sent his first mate, Oliver Deveau, to investigate. 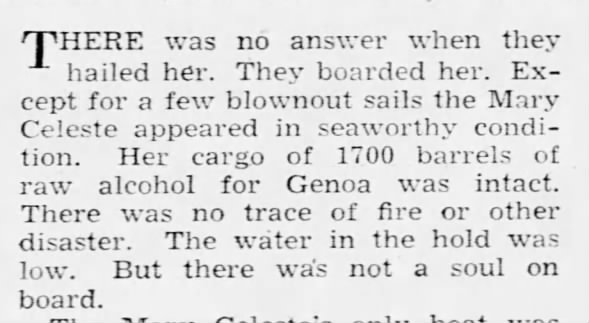 Deveau (referred to as Devon in the clippings below) was convinced he’d find signs of mutiny, sickness, or some other calamity that would explain why not a single person remained on board the almost perfectly seaworthy ship. Instead…

Numerous theories have been put forth over the years to explain the crew’s abandonment of Mary Celeste. They cover the gamut of possibilities, from mutiny to murder to fear of shipwreck to forgetfulness. One popular theory was that the crew might have feared an explosion of the alcohol cargo.

But the ship never exploded, and regardless of their reason for going, the crew of Mary Celeste was never seen again. Captain Morehouse and his crew split the salvage money (though not without suspicion), the world moved on with no satisfactory conclusion, and only Mary Celeste ever truly knew the mysterious motivations of her vanishing crew.

This famous mystery is all over the pages of Newspapers.com. Try a search for more about David Morehouse, Captain Benjamin Briggs (of Mary Celeste) and his family who traveled with him, Briggs’ young son Arthur who remained behind, or the Mary Celeste herself.

One thought on “The Mystery of the Mary Celeste”