The Mystery Mansion of Los Feliz 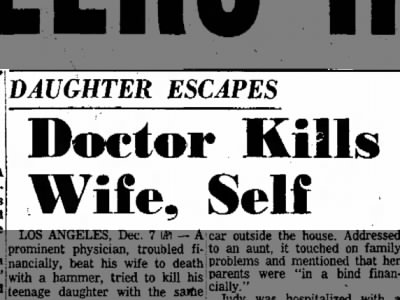 On the night of December 7th, 1959, Dr. Harold Perelson murdered his wife. He moved to the next room to do the same to his 18-year-old daughter, Judye, when another of his children walked onto the scene to see what was going on. Judy used the distraction to escape to a neighbor, and by the time police arrived on the scene Perelson was also dead, apparently having poisoned himself. Judye was injured but alive. The two younger siblings were shocked but otherwise unscathed. Harold Perelson and his wife Lillian were gone. 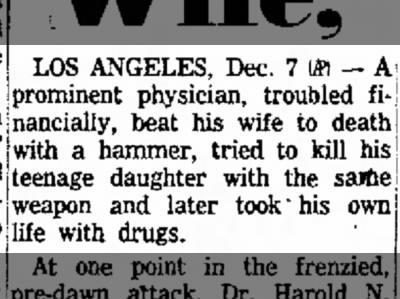 It’s a strange and grim story, and to this day no one is fully certain of why the doctor did it. A note found in Judye’s car suggests family financial troubles may have been the cause. What we do know is that the rest of the family left the house, a mansion in Los Feliz, and it was sold the following year to a couple from Lincoln Heights, Emily and Julian Enriquez.

To add to the strangeness of the whole scenario, the house then laid in near abandonment—for over 50 years. The Enriquez family may have rented the house for a few months but on the whole it lay empty except for a few cats (cared for by the Enriquez’s son) and the belongings of the Perelson family, still sitting where they’d been left on that horrible night. 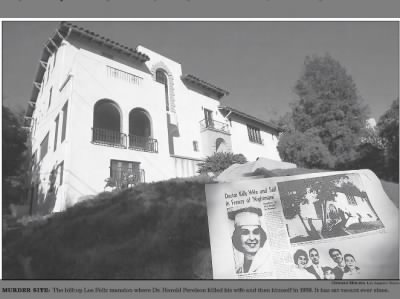 Accounts from visitors and trespassers have said that a Christmas tree and still-wrapped presents could still be seen through the grimy windows (though that may have been from renters, as the Perelsons were reportedly Jewish). An 50s-era TV set still sat against one wall, and other original belongings huddled beneath layers of dust throughout the home. More than one person who knows the tale is convinced the place is haunted.

If that’s true, though, it’s for the new owner to figure out. Just this year the house was finally cleared out of its dusty contents and sold again, though whether it’s in good enough condition to be salvaged remains to be seen. The residents of the neighborhood will have to watch out for what happens with the mysterious Los Feliz mansion.

Find more on this story from contemporary and modern articles with a search on Newspapers.com.