The Legend of Stingy Jack

Ever wondered, as you plunge your hands into a pumpkin’s gooey innards, why we bother carving pumpkins at all? 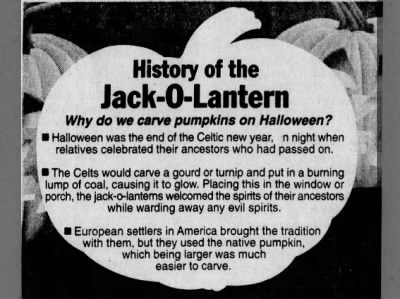 That helpful graphic sums up the history nicely. The practice originated in Scotland and Ireland and eventually morphed into a combination of paganism and Christianity that celebrated and welcomed ancestors who had passed on while simultaneously warding off evil spirits. The latter is the reason for the grotesque faces we carve into the pumpkins—nothing scares off the baddies like a gap-toothed pumpkin grin.

But on the other, less historical hand, a figure of legend named Stingy Jack has also been given some of the credit for the tradition of carving pumpkins. 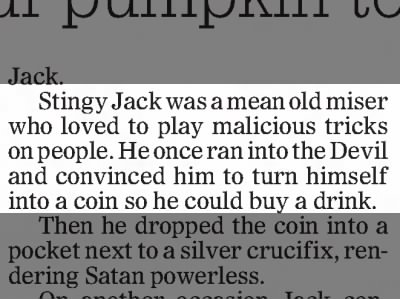 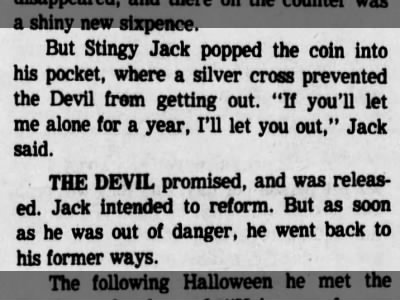 The coin ruse was just the start of Jack’s mischief: 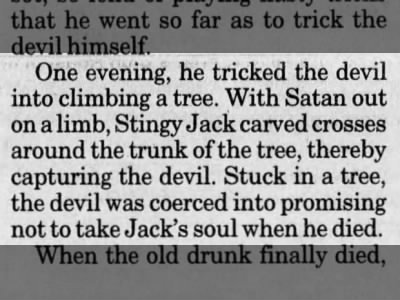 Other versions mention that Jack also made the Devil promise to leave him alone for another 10 years. When Jack died soon after the bargain, he found himself rejected at the pearly gates for the wretched life he’d lived. So he paid a visit to hell: 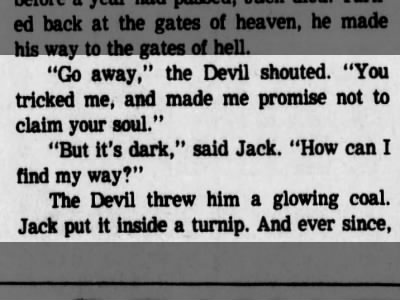 …he’s been wandering the world with his gourd lantern, looking for a place to rest eternally. This is how he earned the nickname Jack of the lantern—or, more familiar to us, Jack-O’-Lantern. We carve Jack-O’-Lanterns now, just like the lantern ol’ Stingy Jack carries, and their creepy faces keep him away with the rest of the bad spirits.

Who knows—maybe if you keep an eye out this All Hallow’s Eve, you’ll see Jack’s lantern-light bobbing in the distance as he wanders ever on.

Find more history and legend like this with a search on Newspapers.com.