The Hills are Alive…

…with the sound of an anniversary! 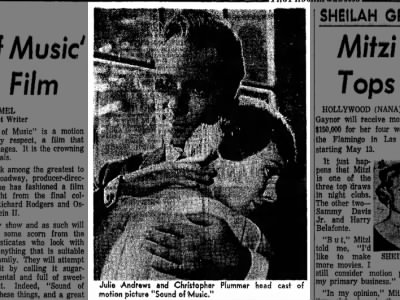 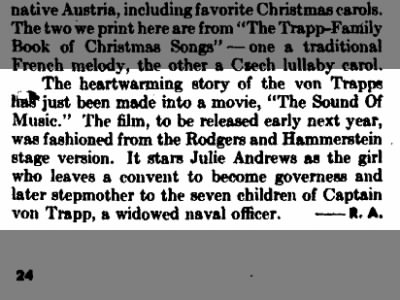 You may have heard by now that this year marks the 50th anniversary of the classic film, The Sound of Music. The monumental musical was released on March 2, 1965, with rising star Julie Andrews in the leading role. The movie’s success (including winning five Academy Awards) is proof of the film’s quality and explains why it is still so beloved today.

Some even went so far as to call it the “crowning achievement of motion picture musicals.” 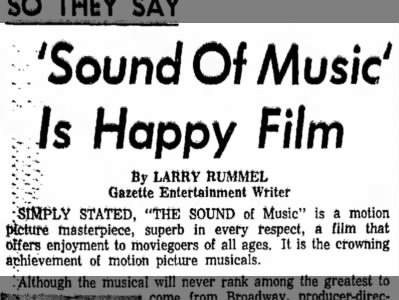 After being passed over for established film actress Audrey Hepburn in My Fair Lady (despite playing the role of Eliza for 3 1/2 years in Pygmalion), Julie Andrews earned notice with her dazzling performance in Mary Poppins, released in 1964. But it was the character of Maria that solidified Andrews’ fame and captured the hearts of viewers around the world. 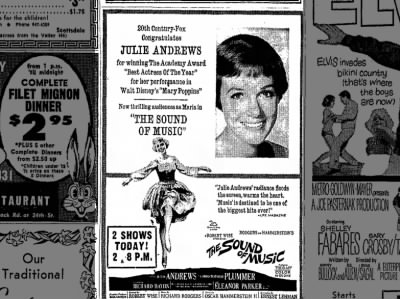 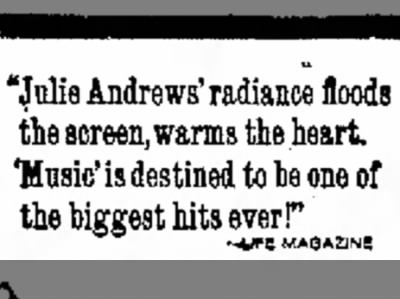 Still, there will always be those who disagree. Some were not so spell-bound by the film. This article is particularly critical of the casting—except for Julie Andrews, of course! 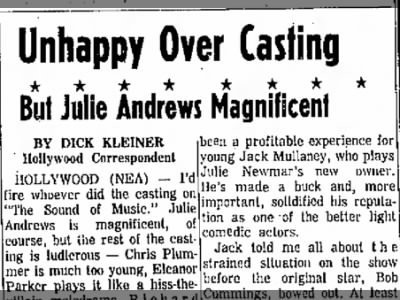 Is The Sound of Music one of your family favorites? Does it warm your heart? Or do you agree that “the rest of the cast is ludicrous” as Mr. Kleiner states above? Let us know. And if you’re interested to find more about The Sound of Music, seek articles on other films, or want to find something completely unrelated, take a look at Newspapers.com and try a search for some of your favorite things.