In December 1900, something very unusual happened on one of the desolate Scottish islands that make up the Flannan Isles. All three men manning the lighthouse on the largest of the seven islands disappeared without a trace. 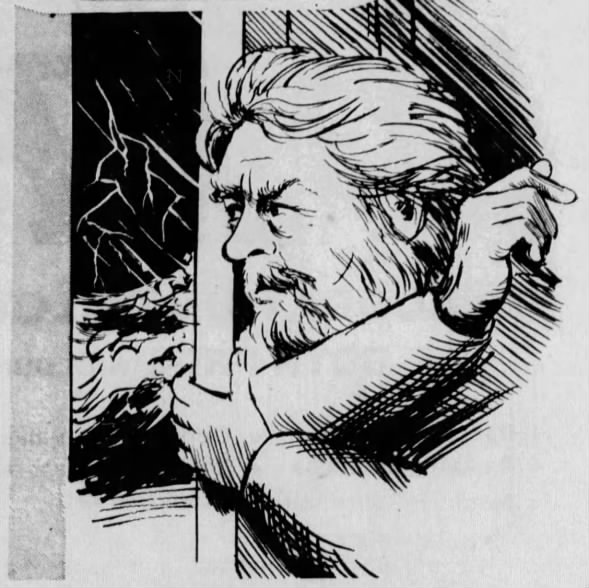 Three men manned the lighthouse at one time. In the early days of the newly built lighthouse, those three men were Thomas Marshall, James Ducat and Donald McArthur. A fourth man, Joseph Moore, was due to relieve one of the men in late December following his two-week break.

The first signs of something amiss came on December 15th, when a passing ship reported that no guiding light came from the lighthouse. For reasons of bad weather or convenience, no one went to investigate. It wasn’t until the 26th that a ship finally arrived at the island bearing supplies and Joseph Moore, and the sad reality was discovered.

The generally accepted explanation goes something like this: the men were trying to secure a crane or aid someone in distress when they were swept away by an unexpected, massive wave. But the unusual nature of the story, and the mysterious clues left behind (often embellished in the papers, of course), led to other increasingly dramatic theories: 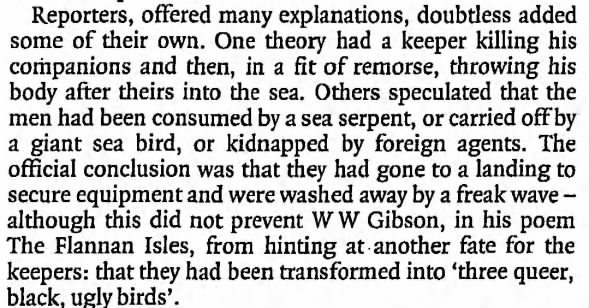 Unfortunately, the bodies of the three men were never found. The details of what exactly happened to the lighthouse keepers on that remote and stormy isle remain a mystery.

You can find more on this strange disappearance with a search on Newspapers.com.

10 Fascinating Food Trends from America’s Past

One thought on “The Flannan Isles Disappearance”