The Facts of Facial Hair 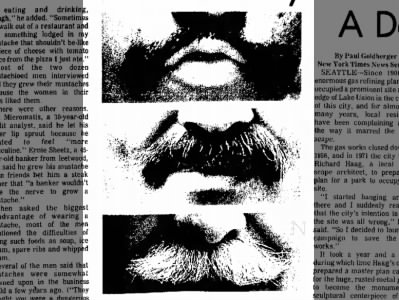 Whether you know it as Movember, No Shave November, or something in between, this month is the time when many a man forgoes the razor and lets his face fur grow freely in the name of promoting men’s health. In honor of this strange and ever-growing tradition (pun intended), today’s post will center around the lip sweater, the cookie duster, the soup strainer, the caterpillar, or, as it is most commonly known…the mustache.

Mustaches—and their frequent companions, beards—have been a rather hotly debated topic over the centuries. Some find them disgraceful and a sign of derelict character, while others see them as the ultimate expression of a true gentleman. Here are a few articles that brave the subject of mustaches (click on the images to read the whole article):

1. Waiters in years past had a struggle if they were the mustache-loving type. For a while, waiters were banned from sporting lip fuzz, a rule that began in France and trickled into the high-end restaurants in the United States. Many pushed back against the insistence on bare faces, though not all succeeded. 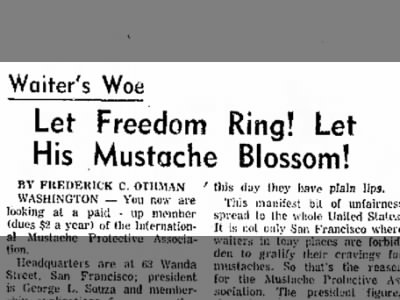 2. Did you know there are national mustache days? They are varied and many now, without as much consensus on a date as this article has. The many difficulties and advantages of wearing a mustache are delved into here. 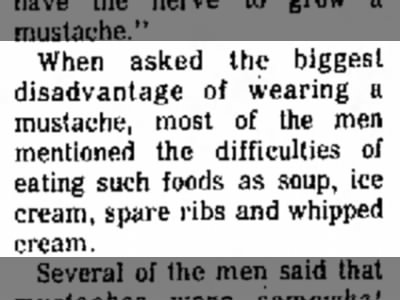 3. Ever wanted to know about the facial hair decisions of past presidents or the longest mustache in the world in 1972? Look no further: here lies the history of the mustache. And in case you were curious, the current world record for longest mustache is 14 feet, which is just a little longer than the record in this clipping…by about 5 feet. That’s a lot of mustache. 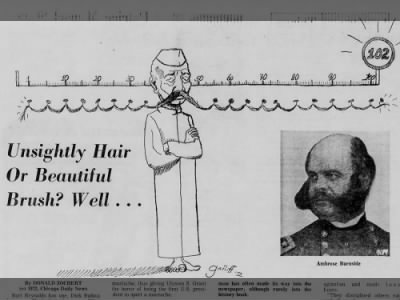 4. What does your mustache say about you? (Spoiler, it says a lot.) This article amounts to a zodiac of mustache meanings. Where do you fall on the scale from timid to murderous? And don’t overlook the fabulous last line of the clip below, “The Cleanly Shaven Upper Lip is Open to Suspicion.” 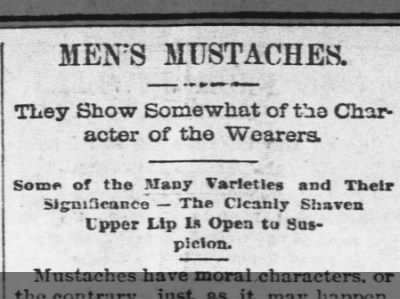 You’d be surprised how many newspaper stories mention the mustache, some with great vitriol. Take a look at this search to look for more about how mustaches are signs of insecurity, make you more manly, or attract the ladies. It plain to see that they can do all these things and more—depending on who’s talking.