In December of 1914, thousands of soldiers across the front lines of WWI took part in quite the unexpected event. And unexpected it really was—in early December Pope Benedict XV asked all sides for an official Christmas Truce. The world held their breath, waiting for responses from the major powers. 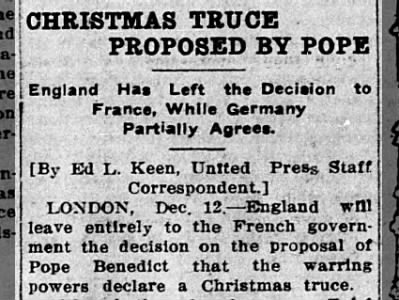 But the suggested truce was rejected. Not everyone agreed to the cessation of fighting, and the violence was expected to be intense. 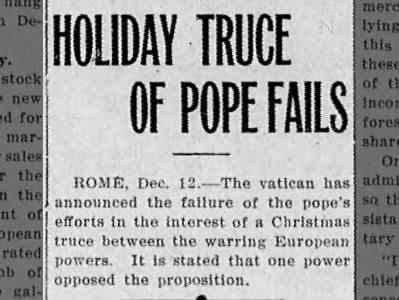 Which makes it all the more miraculous that on Christmas Eve many of the soldiers spontaneously created their own truces. In some regions German soldiers decorated trees and began singing Christmas songs. When the British troops responded in kind, the unofficial cease-fire began. 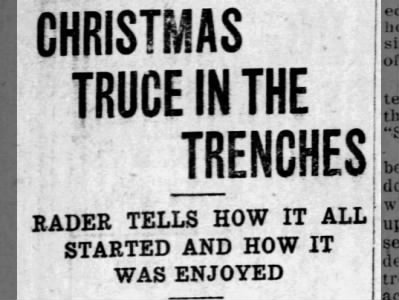 Greetings were shared, and soon enough men began to venture out of the safety of their trenches. In some cases there were even gifts, games, and souvenirs. Time was given to bury the dead on each side, common services were held, and most noticeable of all, guns fell silent all around. 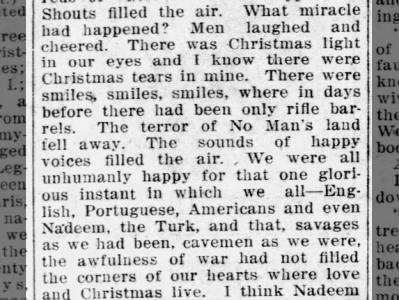 The truce was not universal. In many places the fighting continued, and for some the hate was too much to overcome. But from all across the Western front came reports of moments like the one mentioned in the article above—silence, smiles, peace. 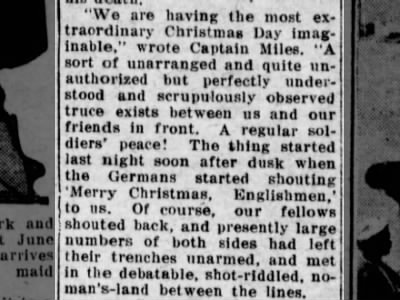 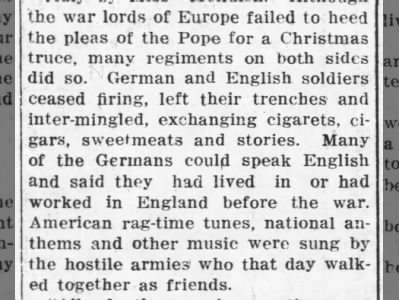 No such truce was seen again in WWI, despite hopes and attempts to repeat it. But those few moments of peace on Christmas Day 1914 have since gone down in legend, a historical monument to the humanity found in the madness of war.

Find more on the Christmas Truce with a search on Newspapers.com.