The Boxer and the Bear

Here’s a bizarre news story for you today: in 1897 a man named Bob Fitzsimmons found himself in an unexpected boxing match against his (not so docile) pet bear. 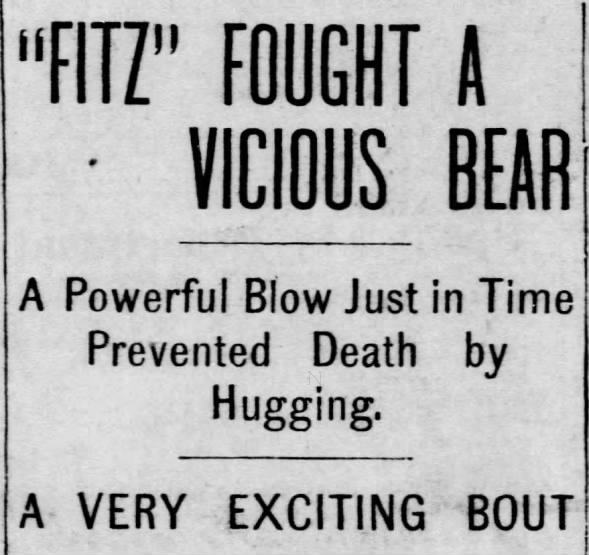 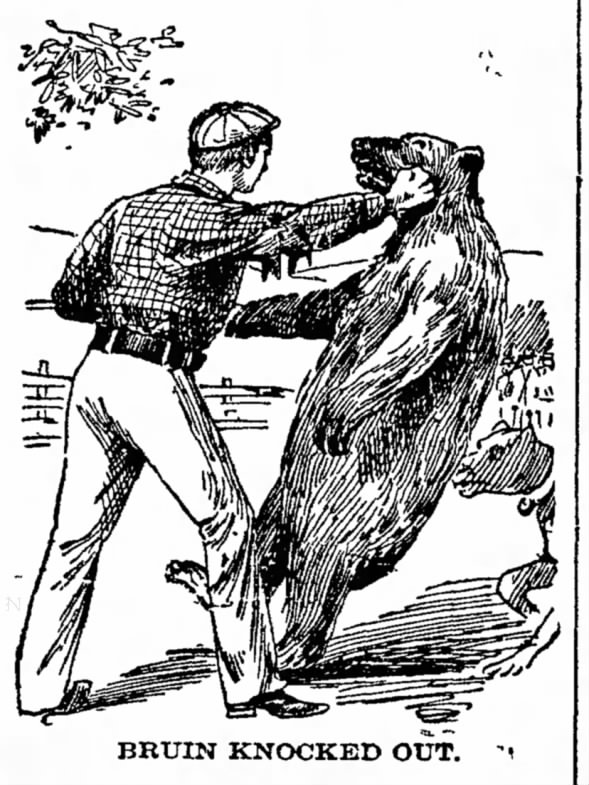 Fortunately for the sake of not being mauled alive by a bear, “Fitz” had some experience in the realm of boxing. Just months earlier he had risen to fame with a well-publicized win against Gentleman Jim Corbett. He’d also go on make history as boxing’s first world champion in three weight divisions, and would later be added to The Guinness Book of World Records as the lightest heavyweight champion.

But before all of that came his ill-advised bare-knuckle boxing match (pun intended). The article below gives the details. 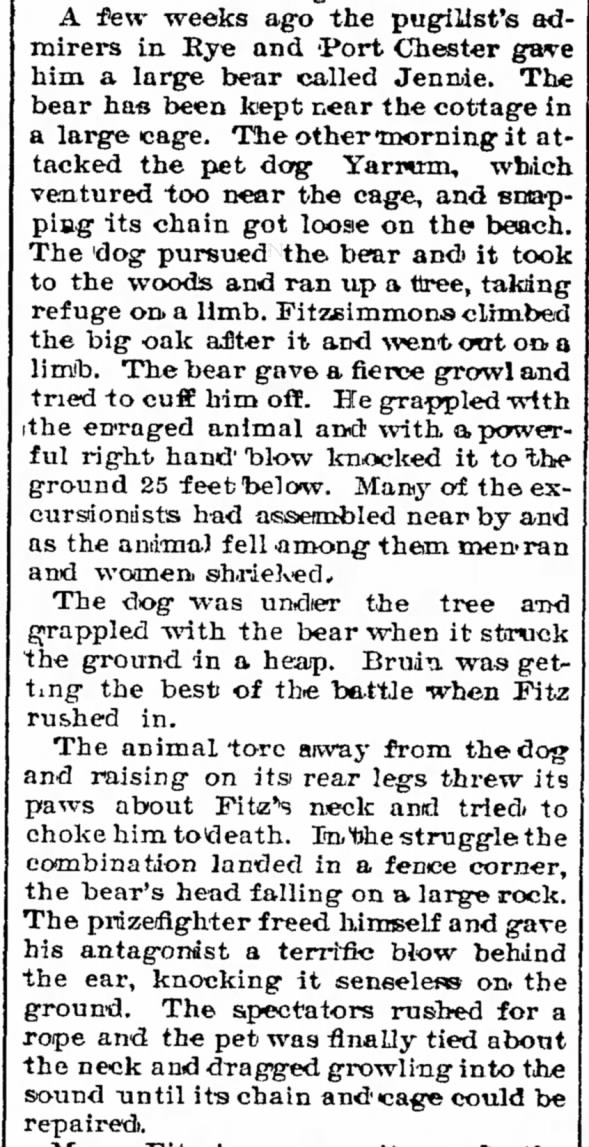 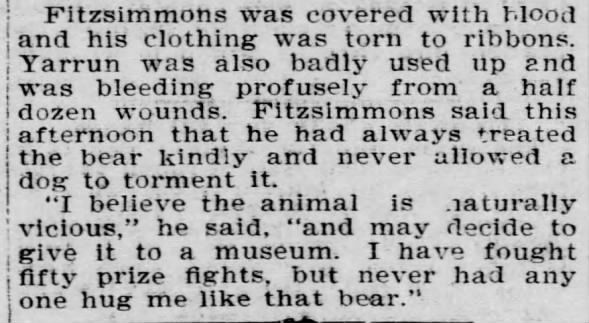 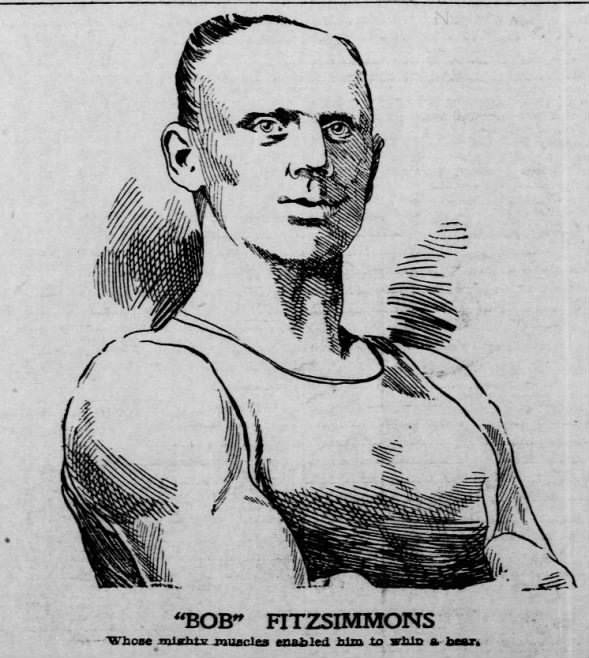 In the end there were no fatalities, not even for the animals involved. Still, it seems there’s a concrete lesson to be learned through this crazy story: it’s probably best not to keep bears as pets, no matter how much you like ’em.

Find more stories like these with a search or browse through the pages of Newspapers.com.