Her crimes and her style made her an iconic figure in 1920s New York. Stop anyone in the street to ask them their thoughts and some might say she was a figurehead of women’s liberation. Others might say she was a prime example of the corrupted “modern woman.” All would say she was called the Bobbed-Hair Bandit. 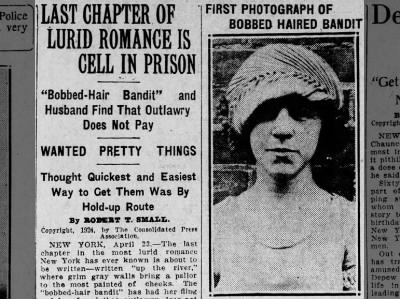 It seems Celia Cooney’s lawless career began rather simply. She and her husband, Ed Cooney, disenchanted with their meager circumstances, first began robbing stores with a misguided “get-rich-quick” kind of philosophy. Celia only ever wanted to be a proper housewife with her own home and furnishings and to take care of the child she was pregnant with at the time (who, sadly, passed away only days after birth). The Cooneys kept their crimes small and simple—no shots fired, no injured parties. Just hold ups and extra cash. 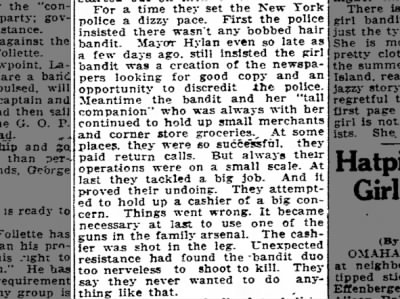 The Cooney’s final robbery, described in part above, ended up being witnessed by enough people that the “Bobbed-Hair Bandit” was discovered. Her true name was revealed, along with that of her “tall companion,” and their three-month adventure in crime came to an end with long sentences in separate prisons. 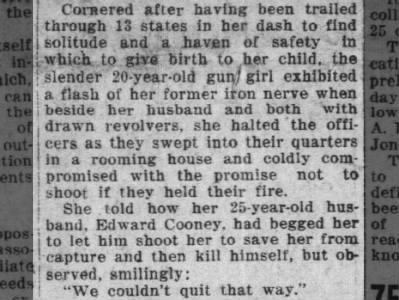 Ed Cooney tried to help Celia by confessing that he was the reason for it all, but Celia denied this, saying, “if it had not been for me Edward would have gone straight. I was the cause of all the trouble.” 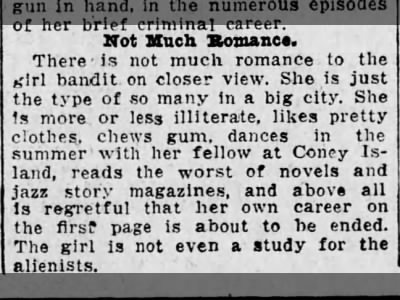 Find more on Celia and Edward Cooney with a search on Newspapers.com, or check out this great article on the topic by Atlas Obscura.