The Banner Yet Waves

Today in 1814, Francis Scott Key memorializes the experience of watching the bombardment of Fort McHenry by British forces during the War of 1812. 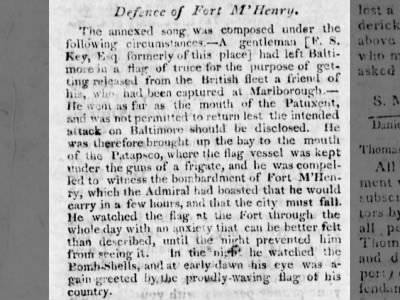 The sight of the lone United States flag still waving over the fort the following morning inspired Key, who later wrote theses lines which, paired with song, eventually became the U.S. national anthem. 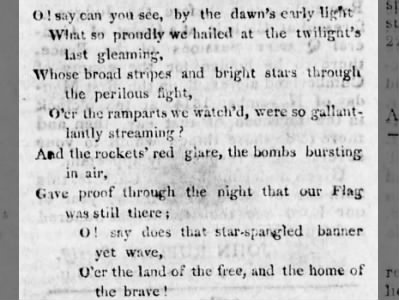 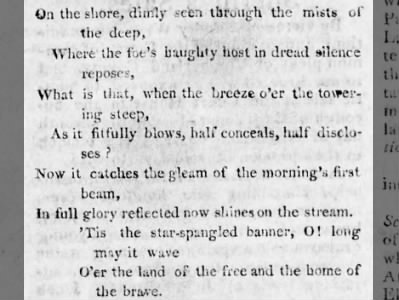 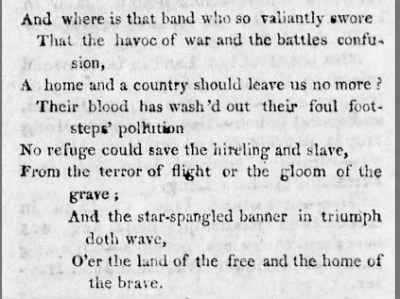 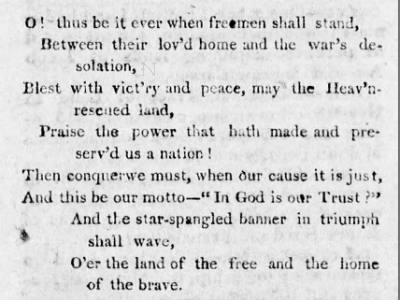 Find more on Francis Scott Key and the “Star-Spangled Banner” with a search on Newspapers.com.

One thought on “The Banner Yet Waves”