The 100 Year-Old Plan to Light a Sunless Town

For almost half of every year, Norway’s valley town of Rjukan sees no direct sunlight. Cable cars to the mountaintop allow residents to seek out sun in high places, but in 2013 the town found a way to bring the sun to them. Though this project was completed in 2013, it actually began over a century ago with a man named Sam Eyde. Eyde’s name is very familiar to those living in Rjukan; his work using the Rjukan falls for hydropower and the development of saltpeter led to the creation of Rjukan as an industrial town between 1906 and 1916. 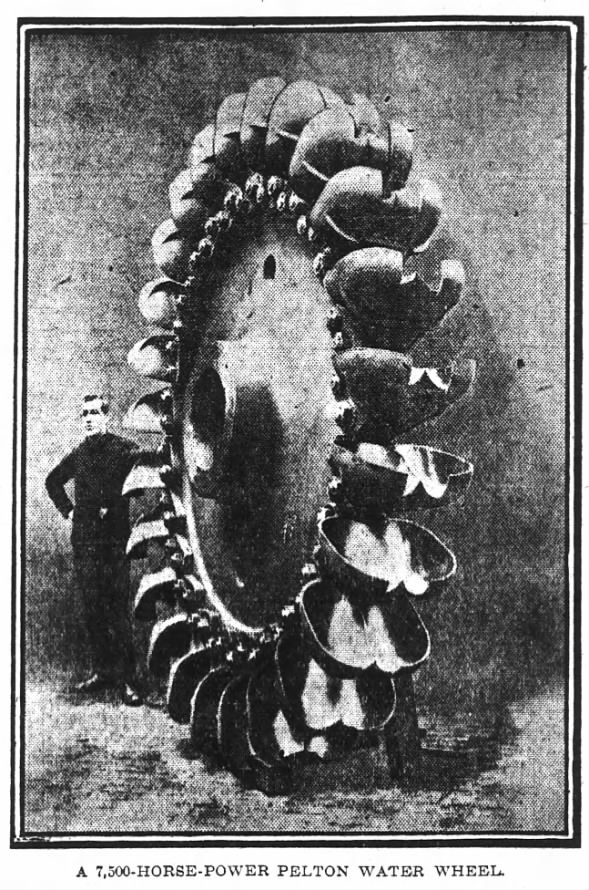 Huge water wheel like the ones used at Rjukan circa 1912 Sun, Oct 13, 1912 – Page 1 · The Washington Post (Washington, District of Columbia) · Newspapers.com

It wasn’t long before Eyde realized that the people had given up half a year of sunlight to work at Norsk Hydro. From necessity came this new and incredible plan: bring the sunlight to the people with giant mountaintop mirrors. Eyde supported early efforts to make this plan a reality, but nothing stuck. 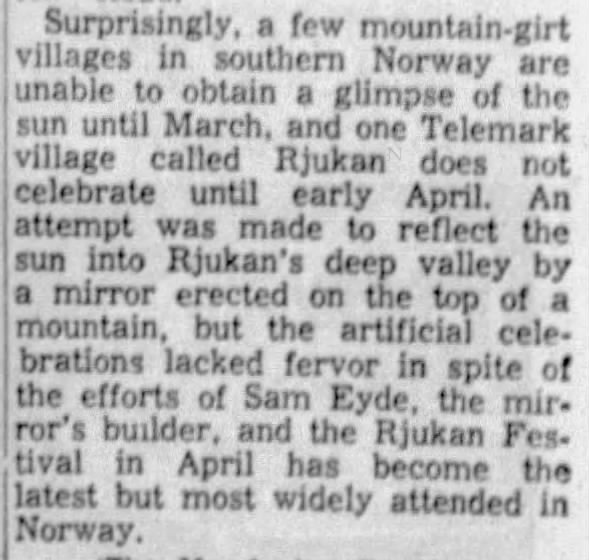 In 1928, Eyde decided that if the sun wouldn’t come to the valley, he could bring the people of Rjukan to the sun. He had a cable car built. It gave access to magnificent views of the valley, and still does to this day. And at the time it was the residents’ only way to feel the sun on their faces during the long winter.

In the end, the cable car remained the sole method of getting some much-needed vitamin D for decades. But the mirror plan was not forgotten. Funding, tech, and time finally lined up to make it possible in the 21st century. And while some residents think it’s a bit silly—a tourist attraction more than anything else—the town square was filled with people ready to feel the sun’s rays at the official opening in late 2013. 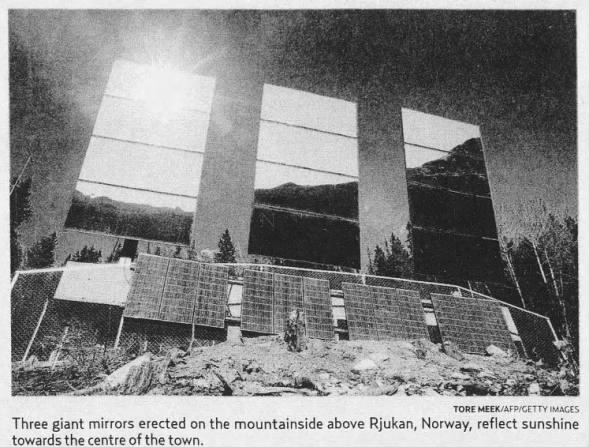 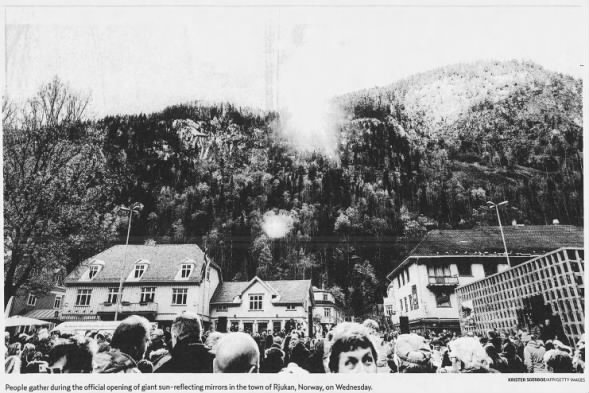 Find more on the history of Rjukan, Norway, with a search on Newspapers.com.