Solar eclipses are remarkable natural phenomenons that reliably send humanity’s gaze skyward. The upcoming solar eclipse is particularly exciting, with the phrase “100 years” getting thrown around a lot. It’s not because this is the first solar eclipse to happen in 100 years—far from it. But it is the first solar eclipse in nearly 100 years to cross over the width of the United States, making it possible for millions to witness totality from within the arching pathway. The last time that happened, it was June 1918. 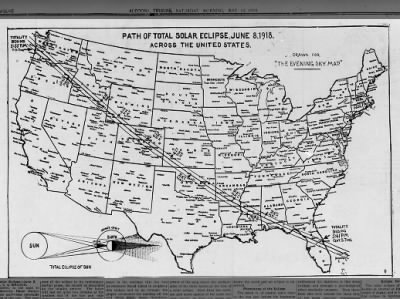 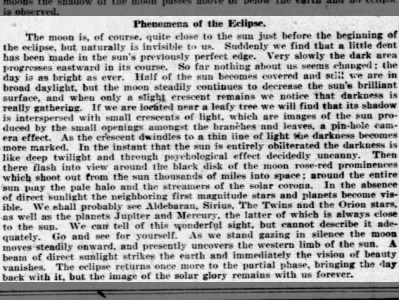 Traveling to the path of totality was just as expected then as it is now—and automobiles have definitely been in use for a while these days. 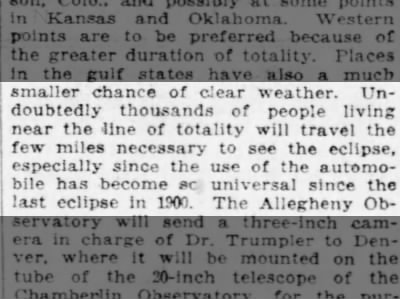 With any luck, good weather will allow clear observation of this century’s sequel to 1918’s eclipse, with all its similarities and differences. 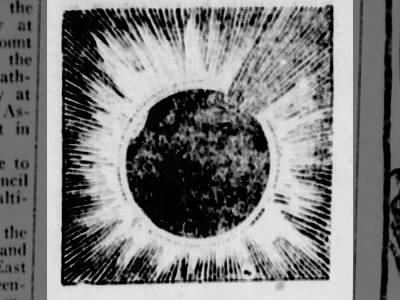 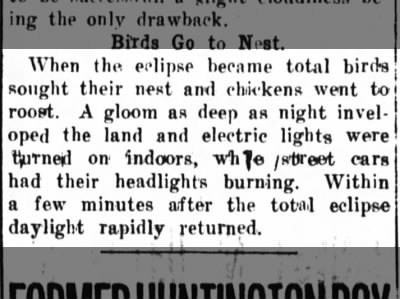 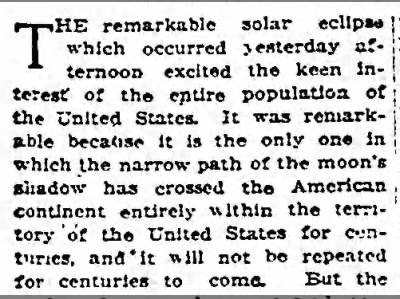 Safe travels to those making their way to the path of totality! Find more on the 1918 eclipse and reactions to it with a search on Newspapers.com.