In an adorably unexpected moment of WWII, a tiny Yorkshire Terrier was found in a foxhole in New Guinea by an American soldier. Already fully grown to her total of 4 lbs this tiny little pup found herself in the company of Corporal William A. Wynne, with whom she stayed through the end of the war and for years afterward. 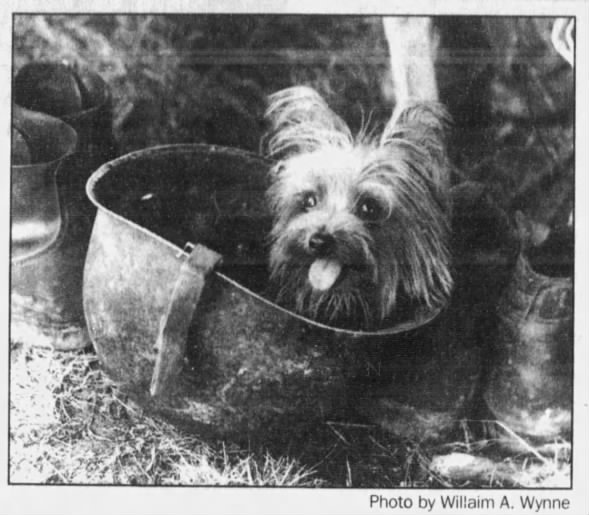 The dog was named Smoky, and over the last two years of the war she accompanied Wynne on 12 combat missions and dozens of air raids, and entertained troops and the hospitalized wounded with tricks she learned during downtime. Those tricks served her well after the war too, used to entertain the world on tours and TV shows. Millions of people knew and loved Smoky the War Dog. 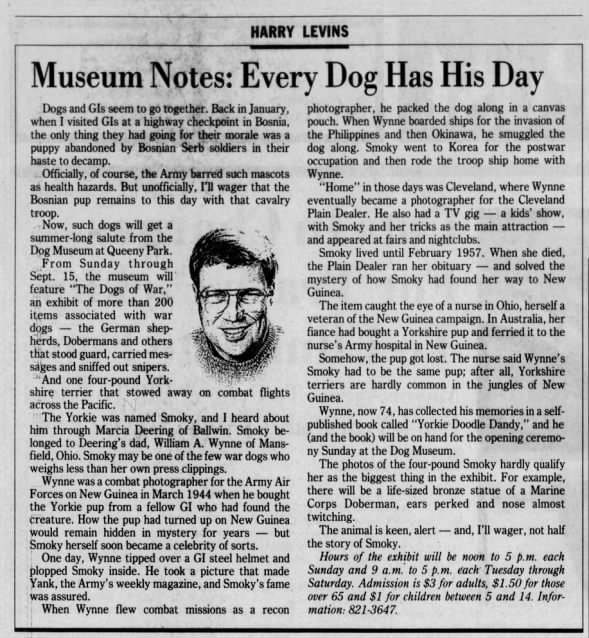 About 50 years after Smoky’s death, a monument was made with a life-size sculpture of the photo that made her famous—Smoky sitting in an upturned steel helmet. It was placed over the spot where Smoky was buried, and stands in honor of Smoky and all dogs who have served in wars across the decades. 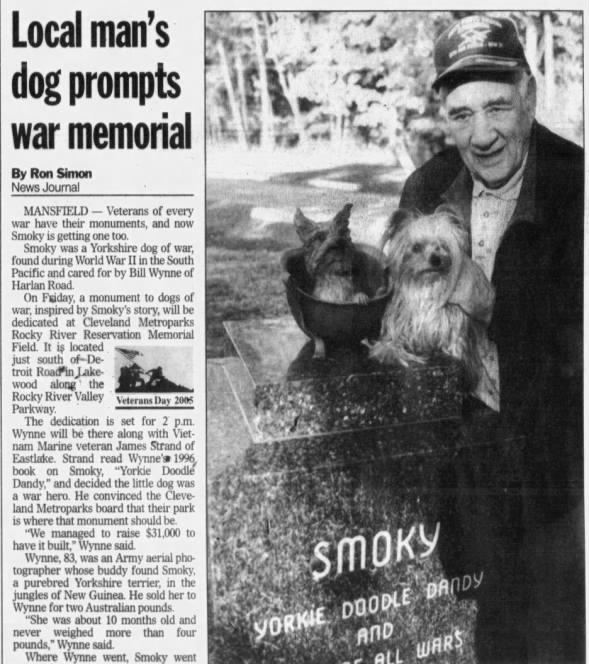 Find more on Smoky and Wynne with a search on Newspapers.com.