Today in 1967, the Beatles release their album Sgt. Pepper’s Lonely Hearts Club Band, generally considered the first “concept album.” The album marked a shift in the group’s career as they moved from being crowd-pleasing stage performers to more studio-focused artists. 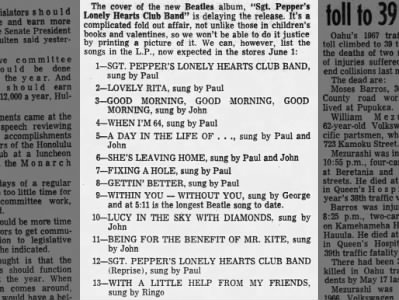 The album got a pretty decent reception, receiving mostly positive reviews to match its commercial success. It topped the US Billboard 200 charts for 15 weeks after release. 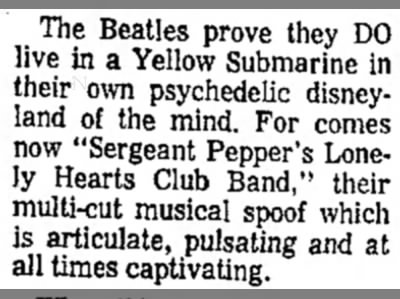 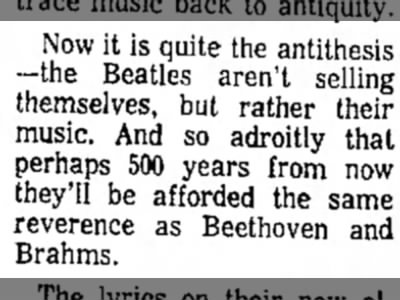 Find more on this event with a search on Newspapers.com, or browse or search for whatever strikes your fancy.