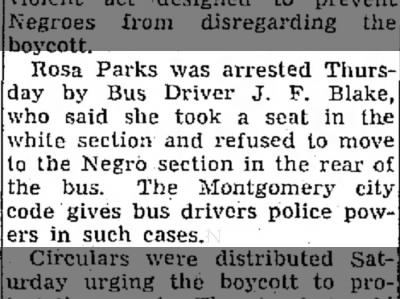 The above is a clipping from December 5th, 1955, just a few days after Rosa Parks was arrested for refusing to give up her seat to a white passenger. The arrest was made December 1st when Parks sat in a seat directly behind the white section of the bus. 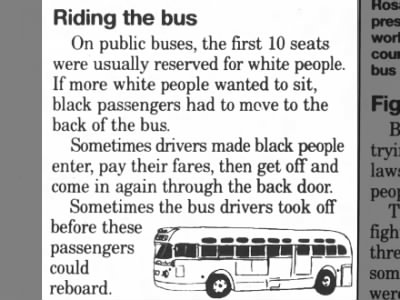 When those seats filled and more white passengers boarded, the bus driver moved the sign designating the “colored section” further back on the bus and asked Rosa Parks and three other black passengers to move. The others complied, but Parks refused, tired of bending to arbitrary and unjust rules. She was arrested at the insistence of the bus driver. 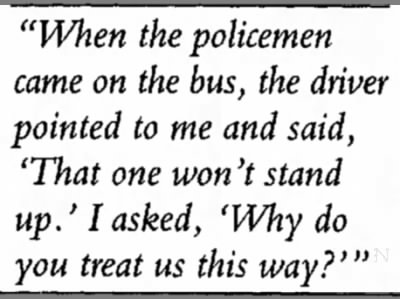 Perhaps not so coincidentally, the same bus driver had once insisted Parks pay the fare and then get off the bus to reenter in the back door. The back of the bus was brimming with people, and Parks suspected he might just leave her on the sidewalk if she got off. She was thrown off the bus when she ignored the driver’s instructions. 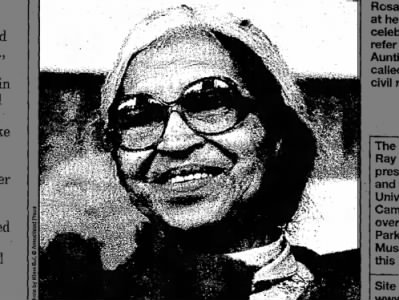 Find more about Rosa Parks’ famous bus experience with this search or create your own search for more articles about this and other moments in history.