On this day in 1955, Rosa Parks boarded a bus and took a seat in the “colored” section, just behind the seats reserved for white passengers. When more white passengers boarded and filled up the front section of the bus, driver James F. Blake told Parks and three other black passengers to give up their seats. Parks refused. 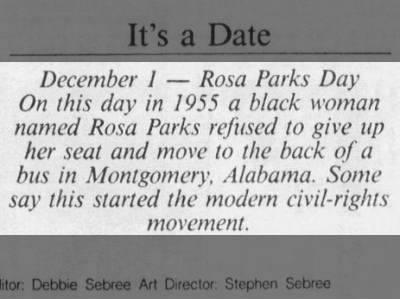 Rosa Parks was not the first to resist the demeaning bus segregation rules; she was not even the first woman to be arrested for refusing to give up her seat. But she became the face of a movement, an icon remembered to this day for standing up against injustice by remaining seated.

Her arrest prompted the Montgomery bus boycott, a protest against the segregation laws. 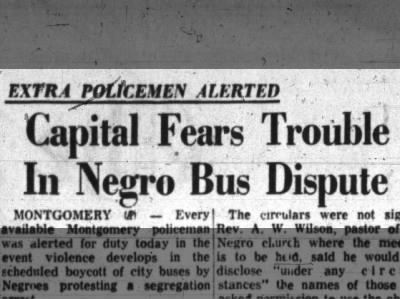 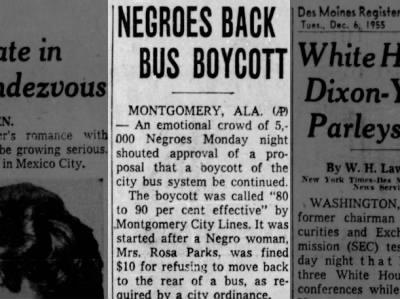 During the boycott, the black community carpooled, took cabs, or—most frequently—walked, to get to their jobs and schools. The campaign to change the laws went on for over a year, with some buses sitting idle for months with no passengers. Finally, on December 20, 1956, the U.S. Supreme Court ruled bus segregation laws unconstitutional.

Of her own part in the events, Rosa Parks said this: 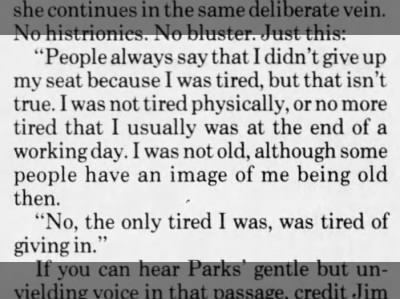 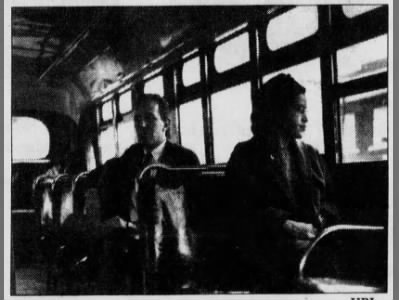 Find more articles like these with a search on Newspapers.com.