Robert Johnson, Master of the Blues

You may have heard his name recently if you’re a Timeless fan. NBC’s time-traveling show went back to the 1930s in a recent episode and introduced its characters to one of history’s greatest and most influential blues masters, Robert Johnson.

Most may recognize him from the myth that surrounds his talent, which goes something like this:

The legend seemed to suit Robert Johnson just fine; one could say that he did sell his soul, metaphorically, by casting off a typical settled life in pursuit of the itinerant life of a blues musician. He moved from city to city, making friends with the locals, schmoozing the ladies, and captivating audiences with his skill. All his recordings were made in the span of two years: 1936 and 1937. 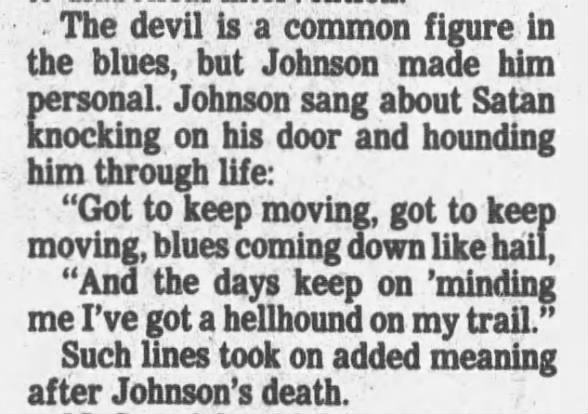 Johnson’s unexpected death in 1938 at the age of 27 (from unknown causes, though many speculate he was poisoned by a jealous husband) cut his career abruptly short, and he never lived to see the full scope of his fame or the incredible influence his music had on the rock and blues genres. 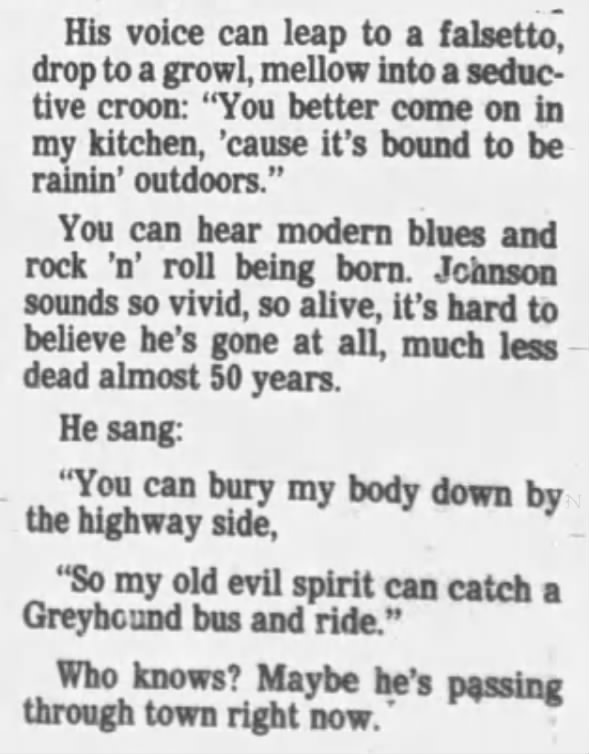 Robert Johnson’s music · Sat, Mar 15, 1986 – 17 · Hartford Courant (Hartford, Connecticut) · Newspapers.com
There’s more to find on Robert Johnson (particularly after 1961, when his recordings were first reissued). Try a search on Newspapers.com for this or another topic of interest.