After the 1941 attack on Pearl Harbor, the United States instituted rationing. Sugar was the first food item to be rationed (starting in May 1942), but coffee, processed and canned foods, meat, cheese, and butter, oils, and fats were also rationed at various times between 1942 and 1945.

To buy rationed food items, families needed to present their grocer with the correct stamps from their government-issued rationing books—in addition to paying the cost of the product. But having enough rationing stamps didn’t guarantee they would be able to purchase an item, since local and national shortages limited availability of certain foods.

With the changes in food availability, newspapers were an important resource for home cooks as they tried to navigate the new culinary landscape. Americans turned to their local papers to find the current rationing schedules, which showed when certain foods would be rationed and how many (and what kind) of stamps were needed to buy them. 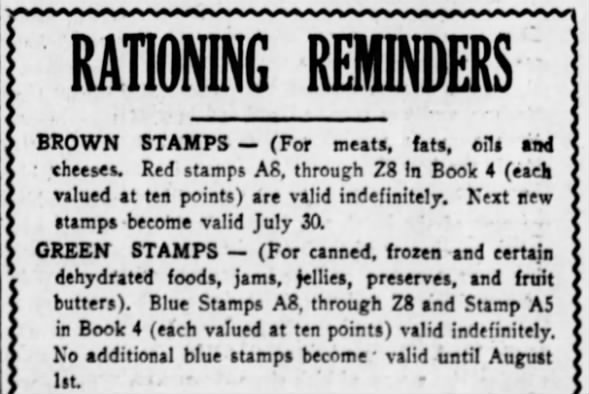 Newspapers also published a wide variety of tips for cooking under rationing. They published column after column about how cook with reduced amounts of rationed ingredients and educated readers about which ingredients could be used as substitutes. Honey and corn syrup, for instance, were commonly suggested replacements for sugar.

Wartime Recipes in the Paper

But where newspapers really shone during rationing was as a source of recipes. Although newspapers had a long history of publishing recipes before World War II, during the war they focused on helping Americans cook according to what foods were available. Newspapers printed recipes that used smaller amounts of rationed ingredients, for example, as well as ones that incorporated local and in-season products. Recipes published during this time often also focused on dishes that were cost effective (since some food prices increased) and nutritious (because rationing often meant a change in diet). 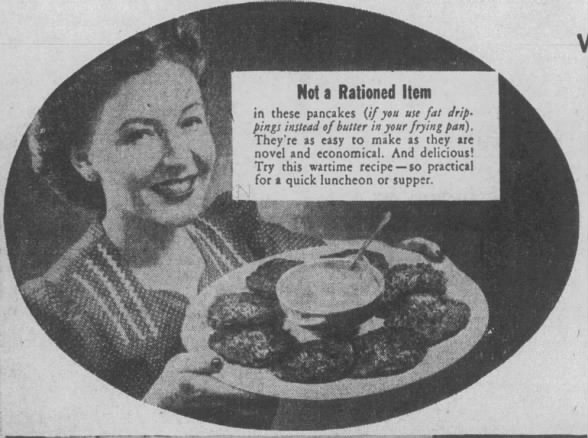 Wartime recipes were in high demand, so many newspapers asked readers to send in their favorite recipes or even held contests for the best wartime dishes. Food companies jumped on the bandwagon as well, publishing ads that included rationing recipes using their products.

Food rationing was such a part of American life during World War II that it’s easy to find wartime recipes and tips in newspapers from that period.

This roll recipe from 1942, for example, calls attention to their reduced amount of sugar.

In 1943, this cake recipe eliminated sugar altogether and used corn syrup as a sweetener instead.

This “chiliburger” recipe helped make the most of rationed meat. 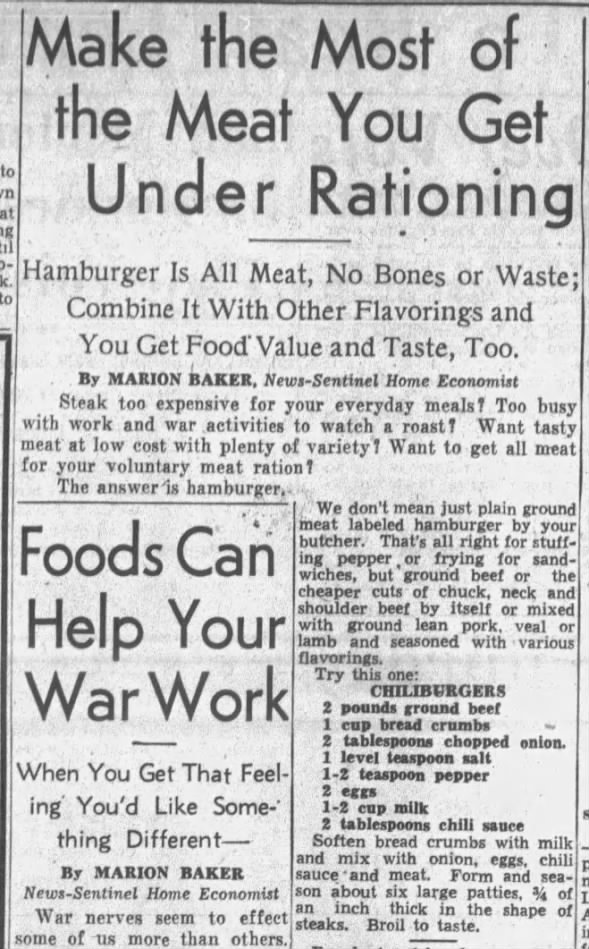 And this jam recipe from Hawaii emphasizes the importance of using local produce during wartime. 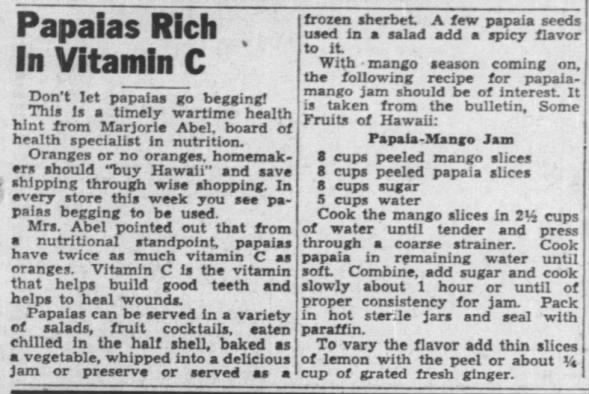 If you’re interested in more rationing recipes, take a look at these examples:

Do you have any family recipes from World War II or stories of life under rationing? Share them with us in the comments. And let us know if you try any of the recipes!