What’s the true story of The Guernsey Literary and Potato Peel Pie Society?

Behind the fictional tale of Juliet, Dawsey, and the rest of the Society lies the very real history of the German occupation of Guernsey and the other Channel Islands during World War II. The history is just as fascinating as the fiction, and this gripping true story can be discovered with the help of newspapers of the time. 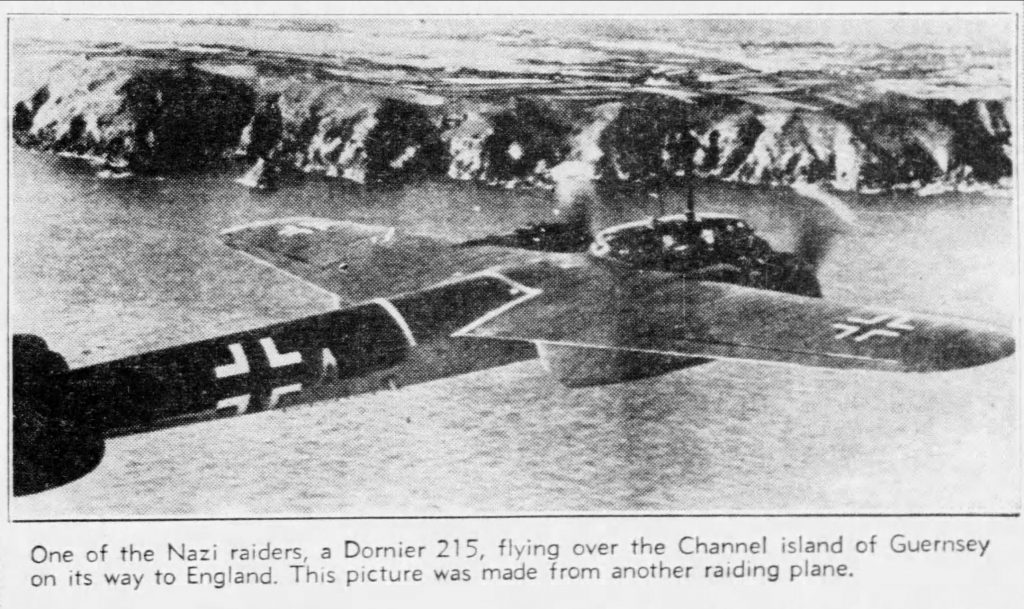 Located in the English Channel, Guernsey and the other Channel Islands have long been self-governing possessions of the United Kingdom. But with the onset of World War II, the British government concluded that the islands weren’t strategically valuable enough to defend and so decided to demilitarize them on June 15, 1940. 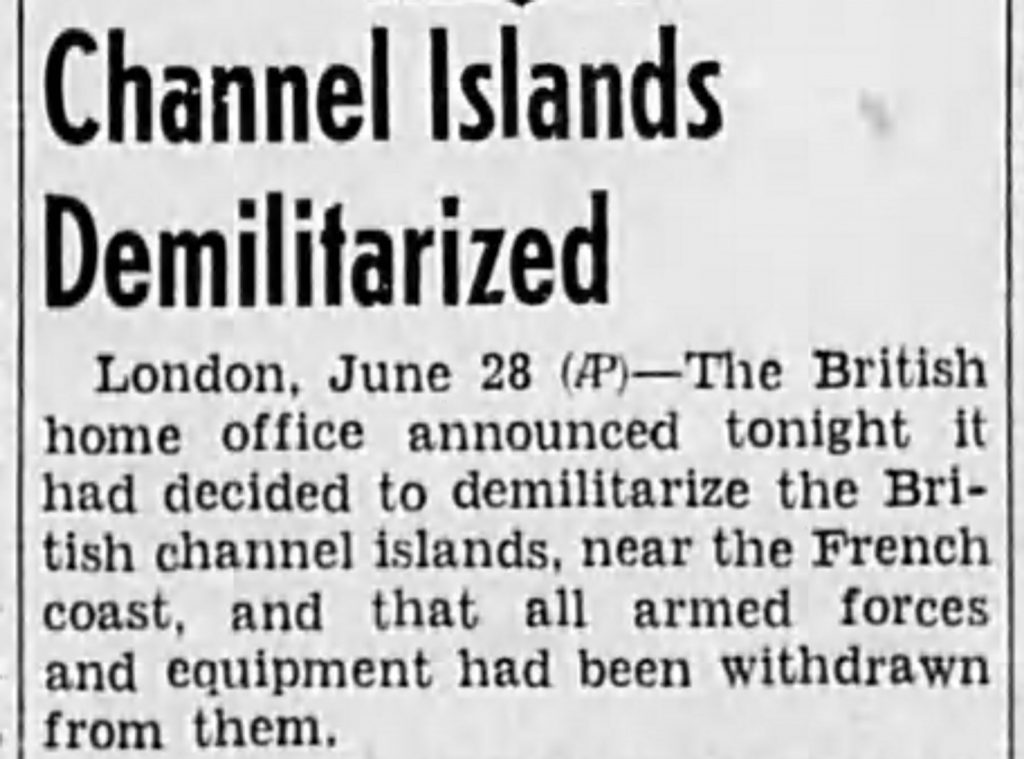 Demilitarization of the islands meant an increased threat of German invasion, so about a quarter of the population left the Channel Islands, including many school-age children, who were evacuated to the United Kingdom without their parents. 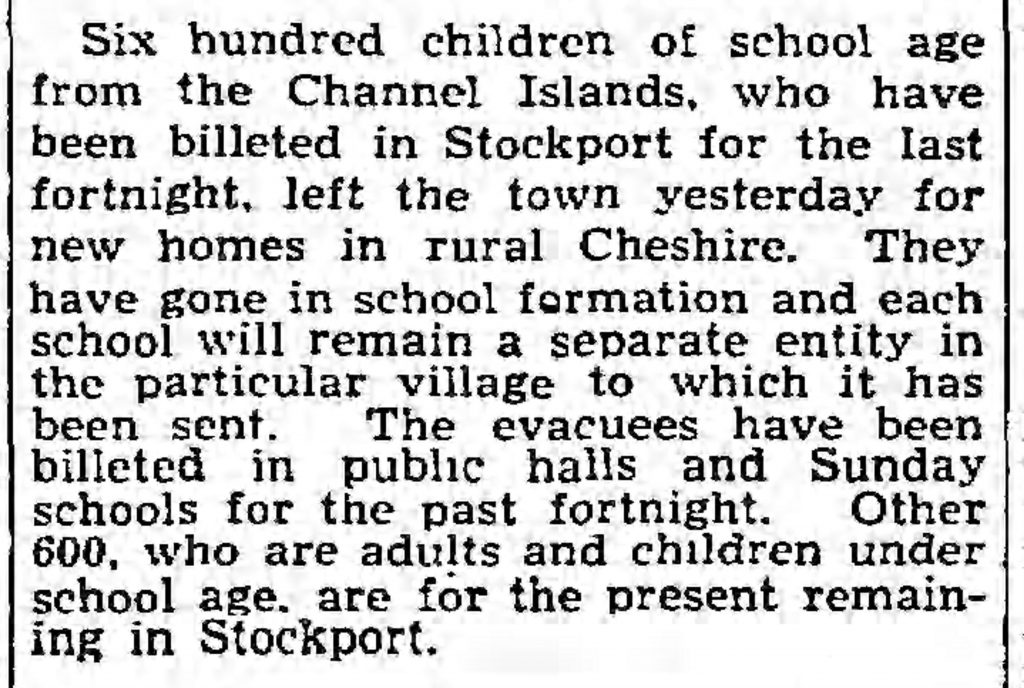 Then on June 28, about two weeks after demilitarization, the Germans invaded, killing dozens of civilians in an air raid.

Life in the Channel Islands during the German occupation was far from easy, but it was manageable for most residents—at least at first. The German occupiers were described by some as well-behaved, and there was little open resistance to the occupation.

However, island residents faced confiscation of property, restrictions on certain activities, rationing, censorship, curfew, limited communication with the outside world, and other hardships. 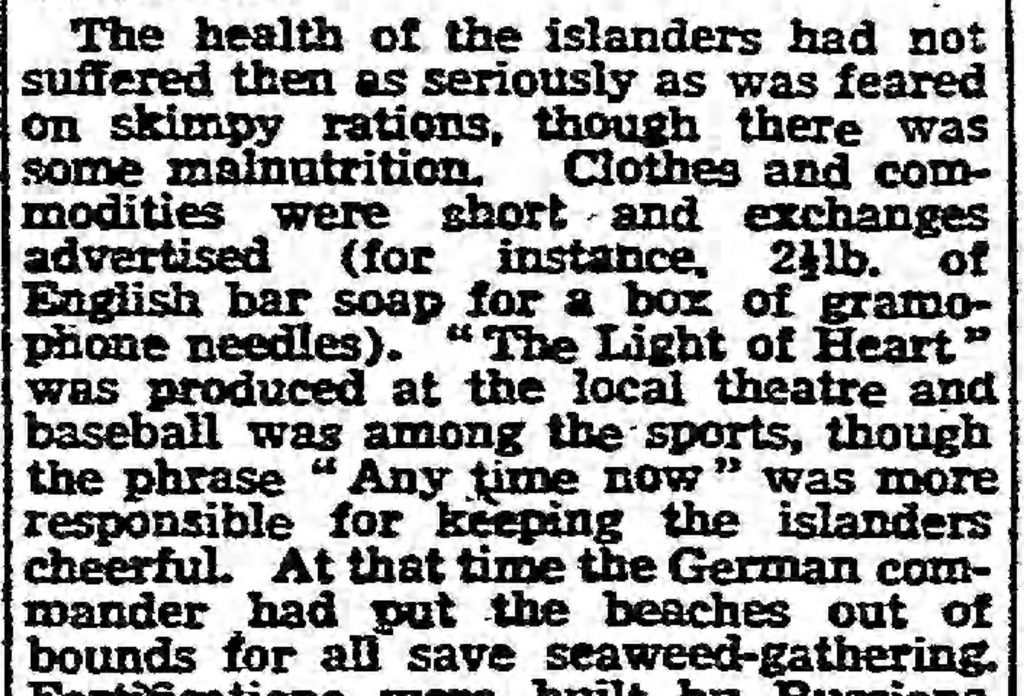 In addition, more than two thousand Channel Island residents were deported to internment camps in Germany, where most remained until the German surrender in 1945. 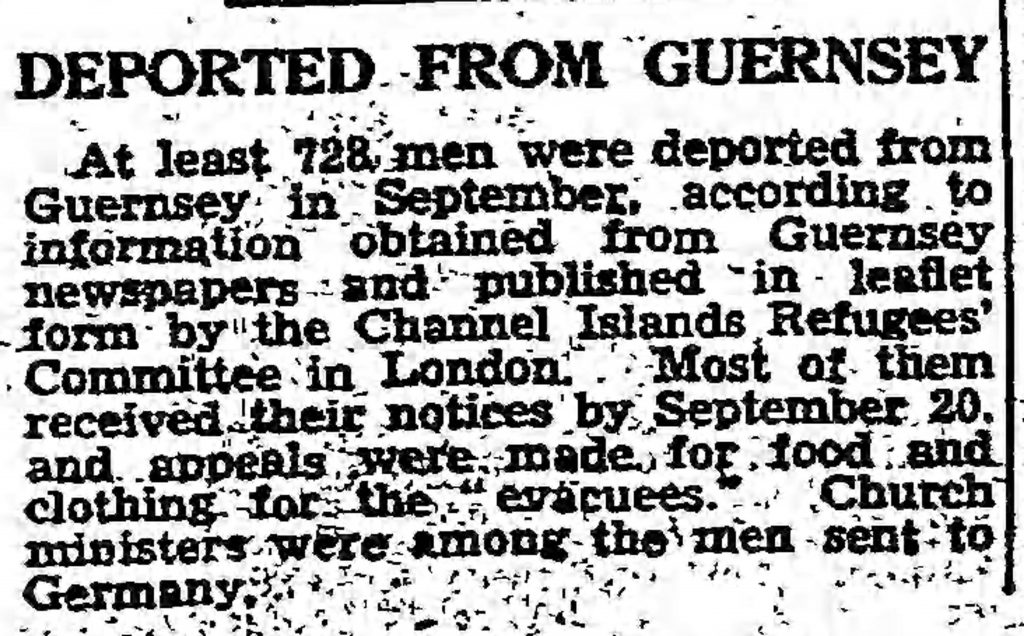 As the occupation dragged on (it would ultimately last almost 5 years), goods and food became increasingly scarce. The winter of 1944-45 was especially difficult, as the Allied invasion of France meant the Channel Islands were cut off from supplies from France and Germany. Residents were saved from impending starvation by a Red Cross ship bringing supplies beginning in December 1944. 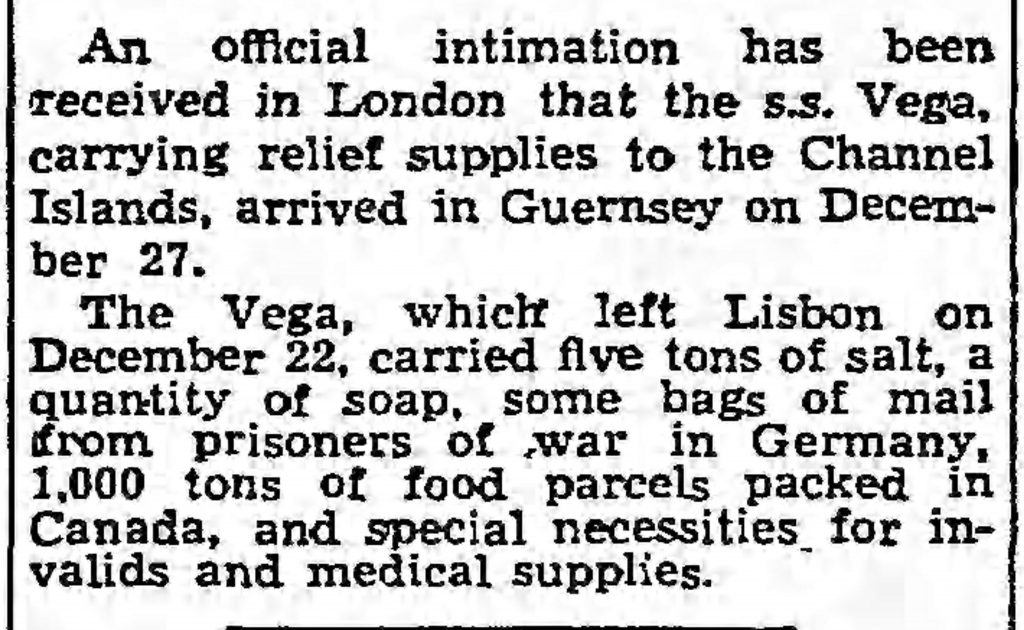 With the German occupation came a buildup of military fortifications on the islands. The Germans used thousands of foreign laborers (many of them slave workers) to build bunkers, air raid shelters, and gun emplacements as part of the Germans’ “Atlantic Wall.” The laborers were held in work camps on the Channel Islands, including in concentration camps on the island of Alderney. 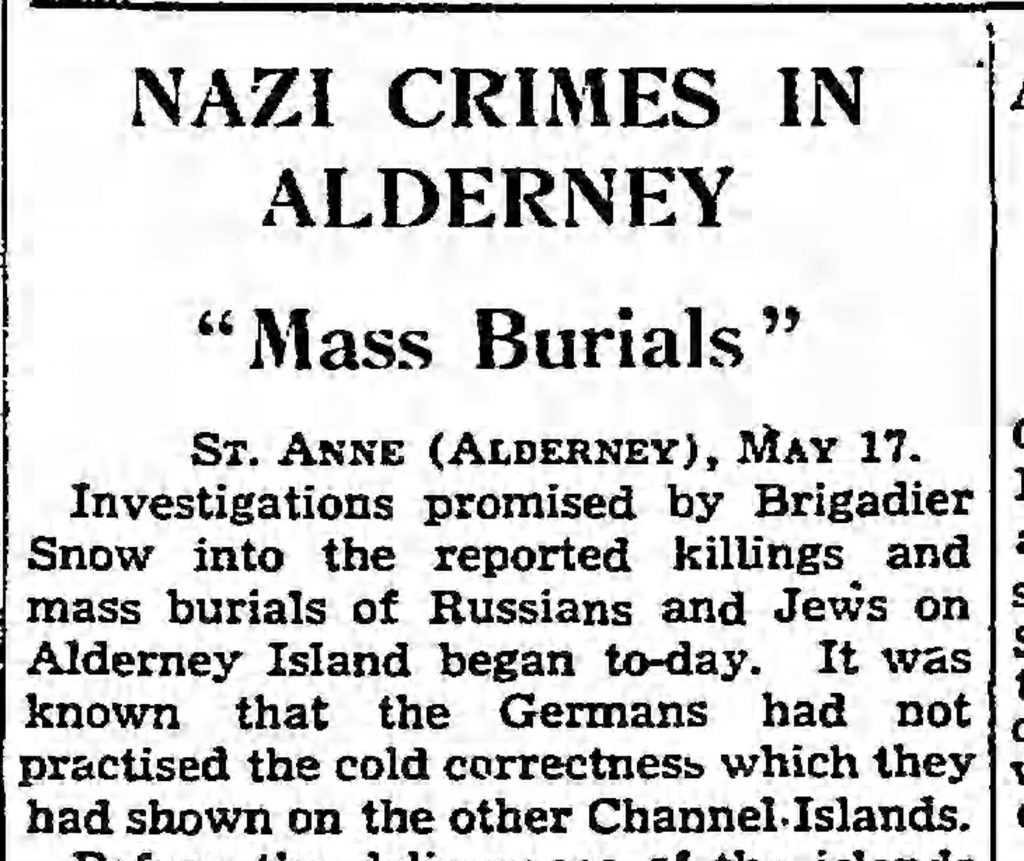 The liberation of the Channel Islands began on May 9, 1945, the day after islanders were informed that the war with Germany was over. Guernsey and Jersey were the first islands to be liberated, and British forces landing there on the 9th were met by cheering crowds. The King and Queen visited just a month later. 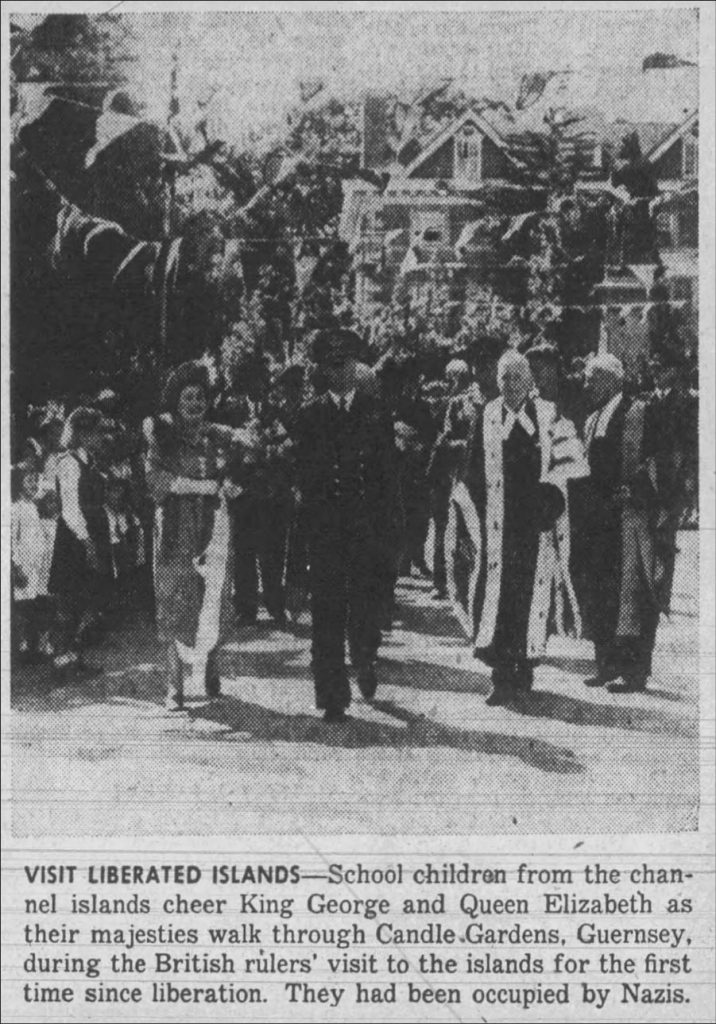