In the days before the existence of that costumed and cacophonous day that is Halloween, there was another similar sort of celebration. It took place on Thanksgiving and was generally known as “Ragamuffin Day.” Though dressed-up children could be found throughout the country, the tradition was especially common in New York. 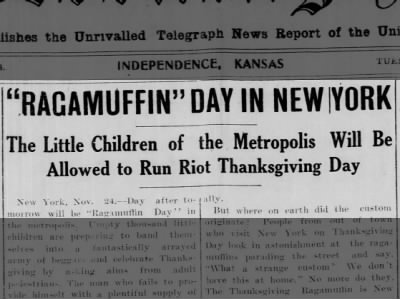 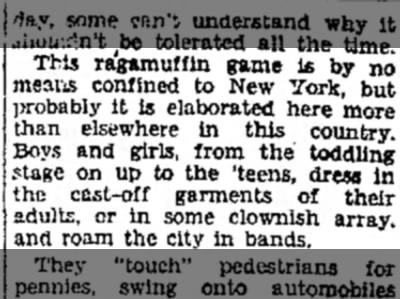 The youths who participated in Ragamuffin day found whatever they could to make themselves look just like…well, ragamuffins. Boys wore girls’ clothes, girls wore boys’ clothes, children wore their parents’ clothes or curtains or rags. They pestered people in the street, descended on store owners, and knocked on the doors of homes to ask, “Anything for Thanksgiving?” In return they were usually given a candy, a piece of fruit, or a penny. 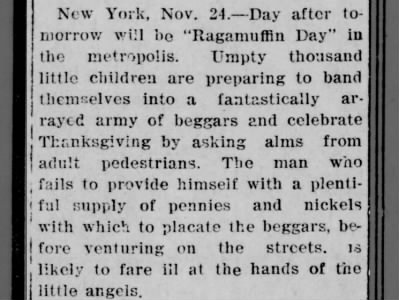 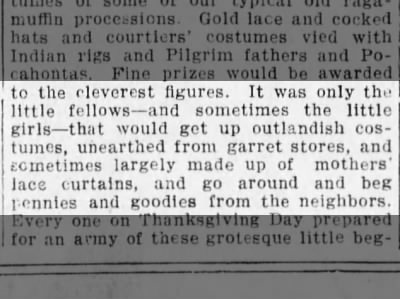 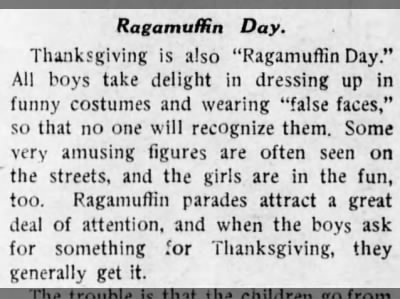 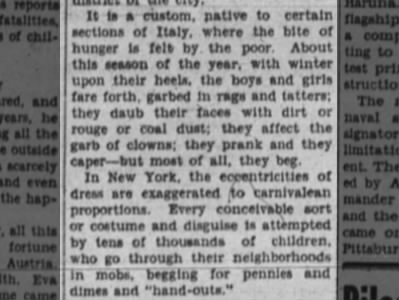 The occasion was not looked on with quite as much general tolerance as Halloween is today. Many adults resented the distasteful display of faux beggary and the impish behavior that often came with it. 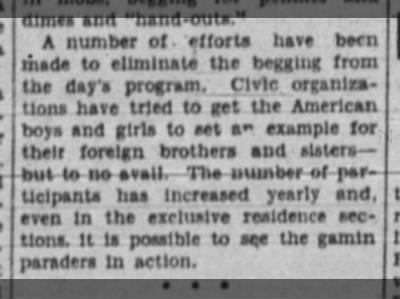 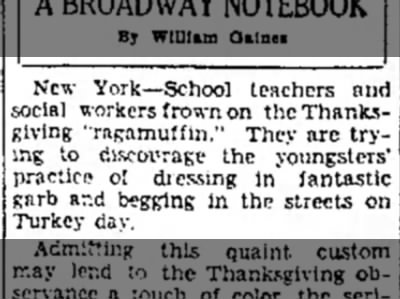 But the children loved it, and many remembered those days fondly even after the tradition was slowly and subtly traded over for what eventually became Thanksgiving day parades.

Check out this link for more articles about Ragamuffin Day, or a try your own search for a different angle on this story or any other topic of interest on Newspapers.com.