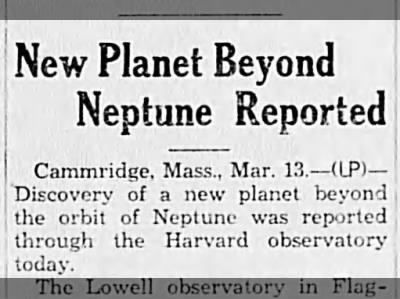 February 18th, 1930, was an exciting day in the realm of astronomy. A ninth planet—whose existence was merely theorized until that point—was discovered beyond the eighth planet, Neptune. On March 13th, 1930, Planet X’s official discovery was made public. The planet would later be named Pluto thanks to its frozen temperatures and because it was shrouded in darkness as the furthest planet from Earth. 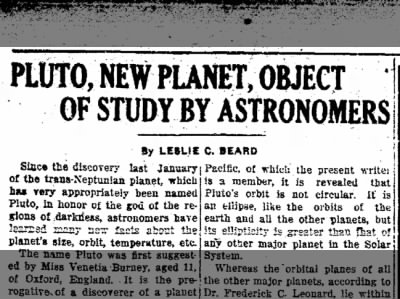 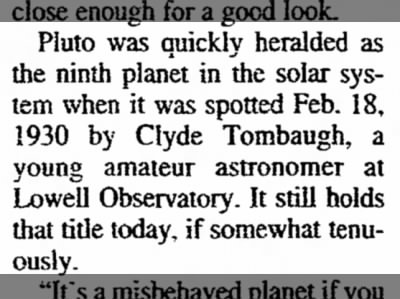 The article above was published in 2005, one year before Pluto bit the dust in the whole “being a real planet” debate. Pluto is now considered a dwarf planet, to the dismay of many. 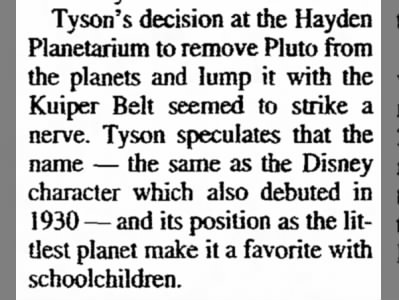 For more on Pluto’s grand entrance into planethood, check out these contemporary articles, or find more articles from later years here. You can also enter your own search here on Newspapers.com.