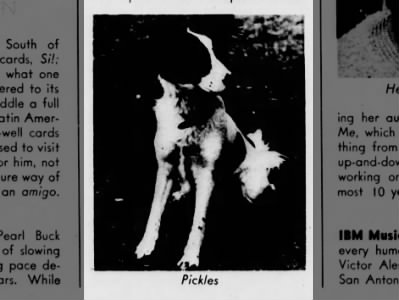 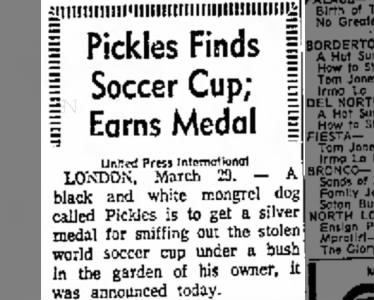 A dog named Pickles made headlines in 1966 after finding the World Soccer Cup under a bush. Eight days earlier the cup had been stolen, leading to worldwide anger and accusations of carelessness toward England, who hosted the championship that year. But Pickles saved the day when during a walk with his owner, David Corbett, he became interested in an area of the garden and discovered a bundle of newspaper. Corbett picked up the object and unwrapped the paper to find the 10-inch gold cup. Corbett went in to show his wife, stunned, then drove to the police station to turn it in.

One thought on “Pickles the Dog”