Pete the Python Captures the Heart of Texas

The Headline for today on Newspapers.com is about the daring escape of Pete the Python from the Fort Worth zoo in 1954.

The story captured the imagination of the nation (particularly the people of Texas who wondered where he might show up) and references to the missing 18 foot long reptile appeared in papers for weeks while the search continued.  Here are a few examples from Texas papers.

A photo of the Pete’s keeper Harry Jackson: 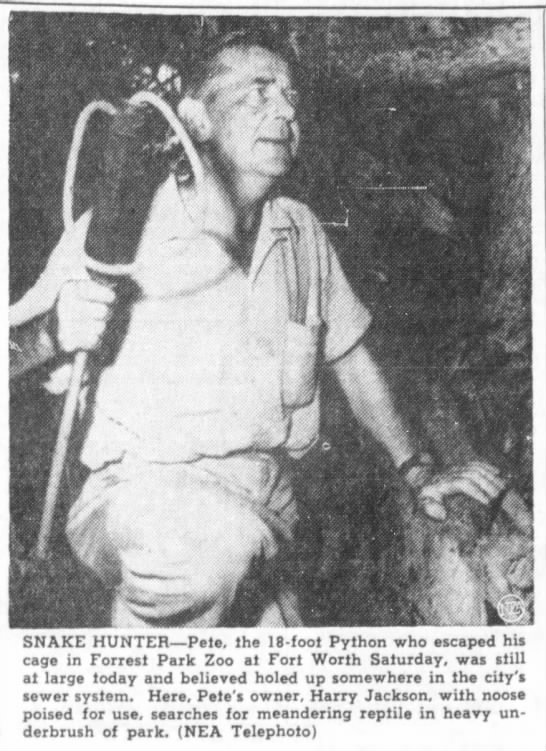 An update on the search:

Some unusual methods were employed in the hunt: 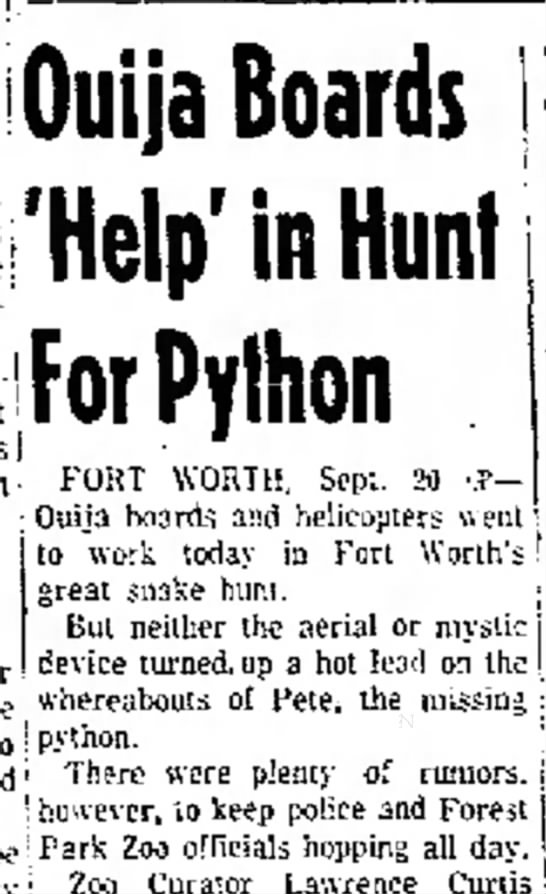 Reports of a large snake seen swimming in the Trinity River: 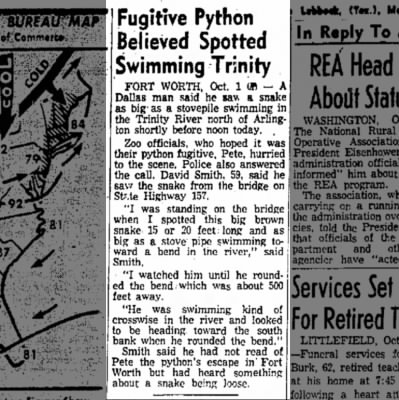 Ads appeared using Pete to sell all sorts of things including cars, transmission service and a traveling sideshow: 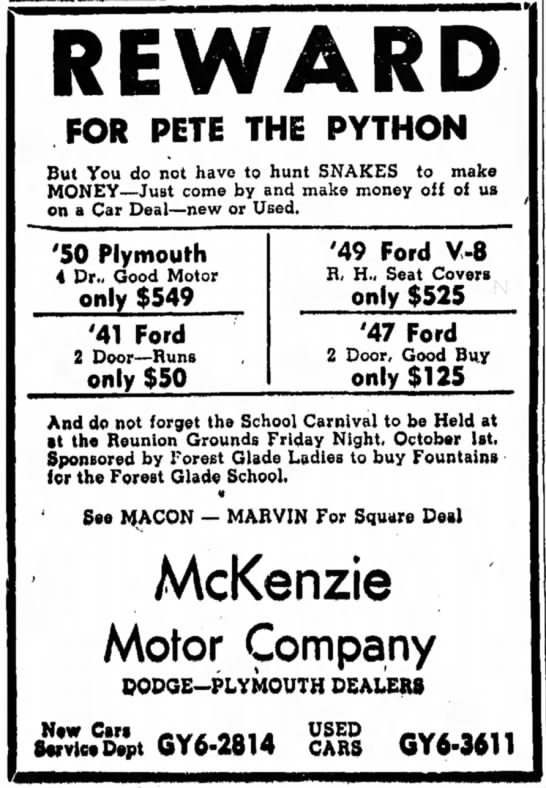 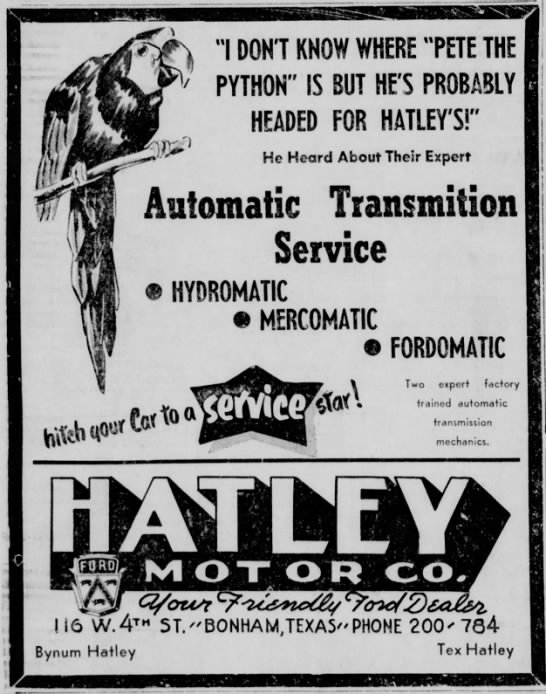 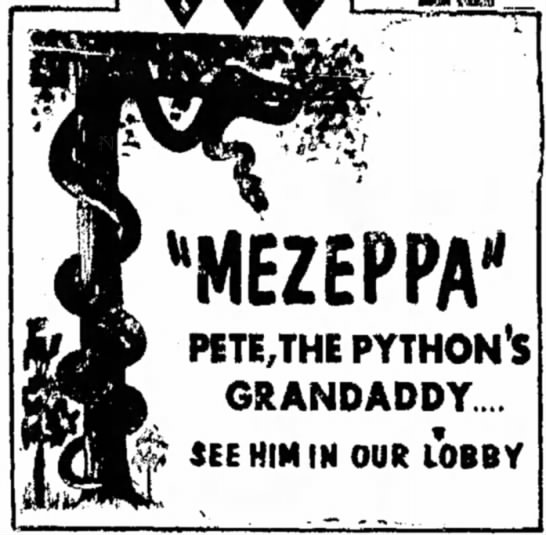 Early in the morning on Sunday, October 3, workers at the zoo were aroused by some agitated chimpanzees and found Pete, not far from where he had made his escape two weeks earlier: 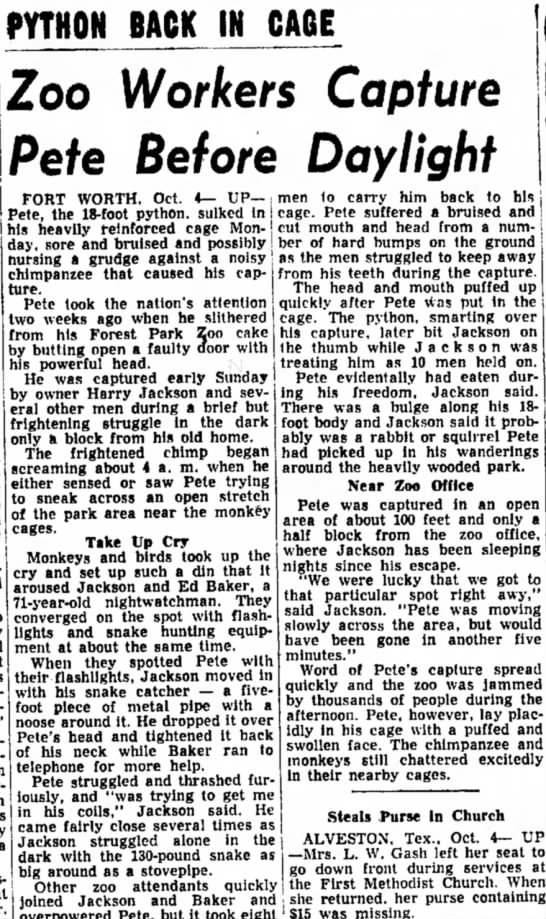 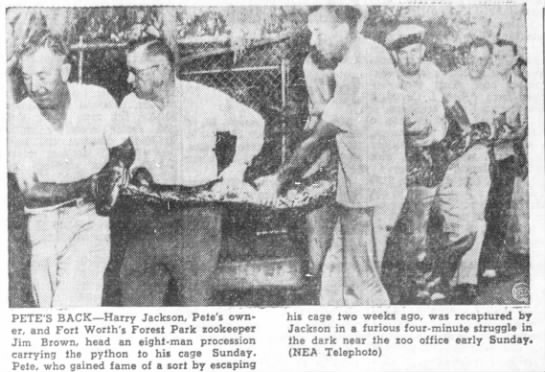 His new found fame led to talk of a public tour:

Even after his return to the zoo, Pete showed up in some odd places in Texas papers. Here, the coach of the TCU football team tries to saddle the python with the blame for a couple of his team’s losses: Pete had a good couple of weeks and caused quite a stir.  He ended the year tied for number 8 on the Associated Press’s top Texas stories for 1954: 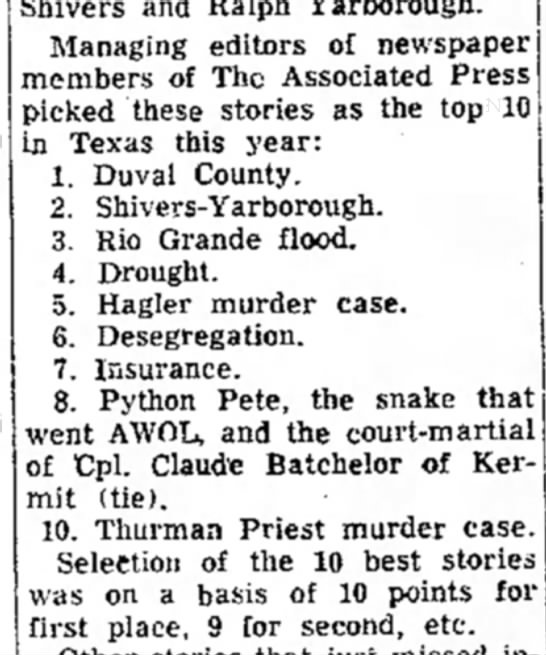