On September 11, 2001, 2,997 people were killed and thousands more injured in a series of four coordinated terrorist attacks that at once shocked and unified the United States and the world.

On September 11, 2002, the first official Patriot Day was celebrated in the U.S. to remember those who perished in the attacks.

On September 11, 2009, the first official National Day of Service and Remembrance was observed to encourage the nation to volunteer and unite together. It has since become the largest day of charitable service in the U.S. anually. 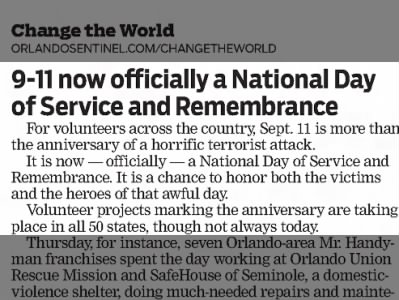 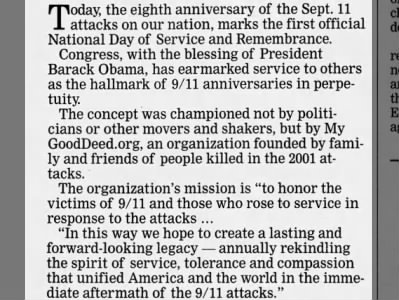 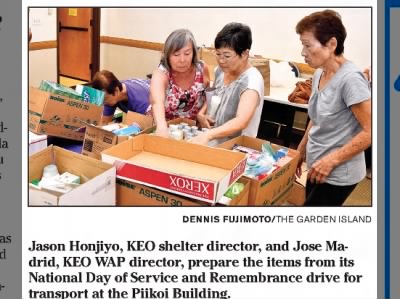 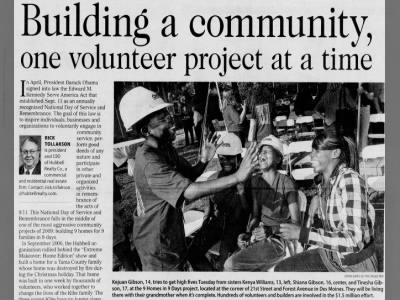 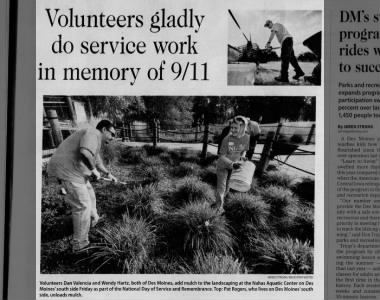 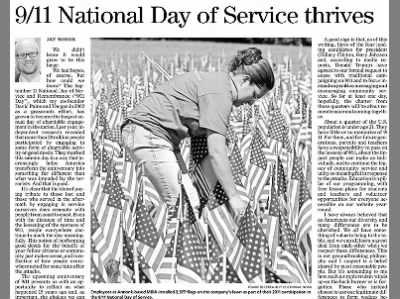 Find more on the observance of this national day of service with a search on Newspapers.com, and be sure to keep a look out for volunteer opportunities near you!