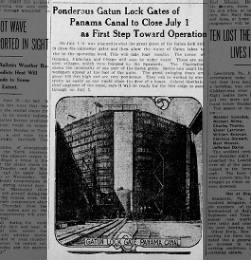 American newspapers had been closely following every aspect of the building of the Panama Canal for 10 years. Every breakthrough and scandal was covered in detail, and hardly a week went by when the canal wasn’t making news in some way. But on the day the canal finally opened, August 15, 1914, it didn’t get the main headline—instead, it was overshadowed by news of the developing European war, which had begun just a few weeks earlier. Despite the Panama Canal’s demotion to secondary headlines, its completion was still important news, as it highlighted America’s engineering might and the country’s new place as a major player on the world stage.

An American-built Panama Canal was the pet project of President Theodore Roosevelt. In the late 1800s, the French had tried and failed to build the canal, and the whole thing ended in a major scandal. So when Roosevelt took on the canal, all eyes were on the project from the beginning. 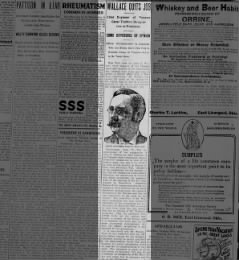 Construction began in 1904, with a majority of workers coming from the West Indies. But after the initial enthusiasm abated, it quickly appeared that the American canal would go the way of the French attempt. Progress was slow and dangerous, and the threat of yellow fever terrified the workers. The first chief engineer quit after only a year, as did the second one after a year and a half. With negative press beginning to dominate coverage of the canal, Roosevelt himself visited in 1906 to improve the canal’s public image.

In 1907, work on the canal finally began to take off. Yellow fever had largely been eradicated, living conditions had improved (mainly for whites), and the railroads for removing the dirt had been finished. The year 1907 also saw the first issue of the Canal Record, the Panama Canal’s own newspaper. 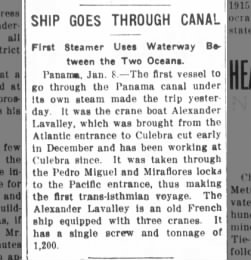 By 1913, the biggest challenge—digging the Culebra Cut through a mountain range—was completed and the locks had been built. In January 1914, the first unofficial ship sailed through the canal from ocean to ocean, and that August marked the official—if overshadowed—opening. The Panama Canal remained in American hands until the end of 1999, when control was handed over to Panama.

Learn more about the Panama Canal by searching Newspapers.com, or find news of people living and working on the canal during its construction in the Canal Record.