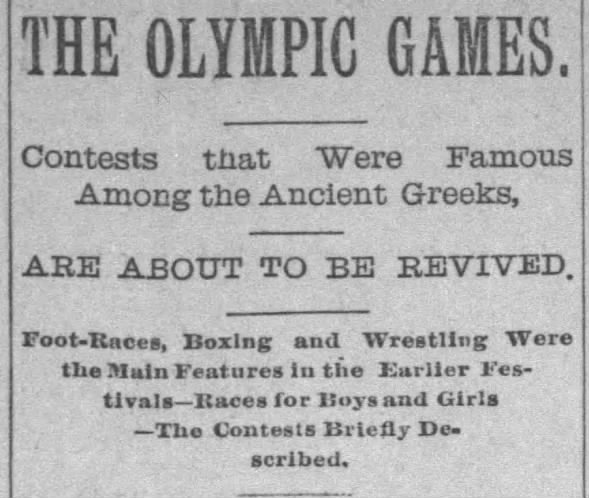 The original Olympic games were banned by the Christian Roman Emperor Theodosius I in an attempt to crack down on paganism. It was a young French baron, Pierre de Coubertin, who in 1892 first proposed that the games be brought back. Thanks to his persistence, they were, and he guided them as president of the International Olympic Committee through the initial, less popular years when no one thought they would last.

The first games saw only 280 participants (in contrast to the 2016 summer Olympics, in which over 10,000 athletes competed), but by 1924 the games had regained their popularity of yore. Today, of course, the Olympics are the bees knees when it comes to international sports competition. Thanks, Pierre!

Find more like this with a search on Newspapers.com