Olympians at the Fair

In honor of this summer’s Olympic Games, here’s a look back at the first Games to take place in the United States. 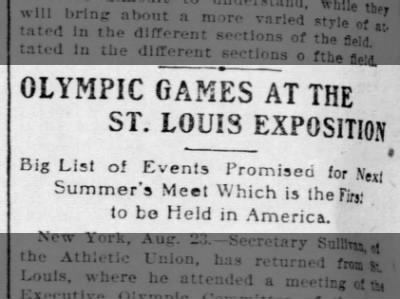 The 1904 Olympic Games were actually the first to take place in any country outside of Europe. They were held alongside the World’s Fair in St. Louis, Missouri, and because of the long, costly trip only 12 countries other than the U.S. were represented. The U.S., on the other hand, had hundreds of competitors—almost five times the combined total of the foreign athletes. Thanks to their absurd advantage the U.S. athletes dominated the competition and took home most of the medals, though not without criticism.

Because the official competitions were interspersed randomly throughout the World’s Fair activities, the Games last for months—they began in July and the final event took place in September. 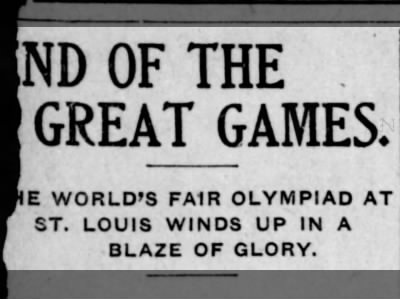 Find more about the first American Olympic Games, or the modern Olympics at large, with a search on Newspapers.com.