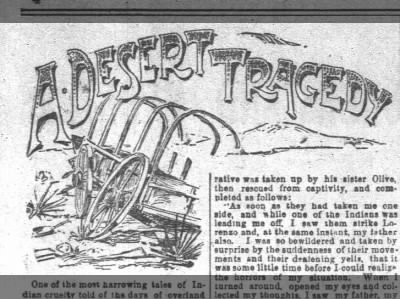 In 1850, 14-year-old Olive Oatman traveled across the country to find a new home in California, along with six other siblings and her parents. After separating from the other families on the trail, the Oatmans were attacked by a group of Native Americans and all but three were killed. Olive’s brother Lorenzo survived by feigning death after he was clubbed, and he made his way back to safety once all had fallen quiet again. Olive and her 7-year-old sister Mary Ann were taken by the attackers and used as slaves. 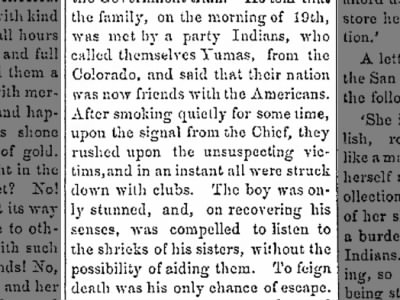 After a year in captivity they were traded to a group of Mohave, who treated them a little better. It was among this people that Olive received the distinctive chin tattoo: 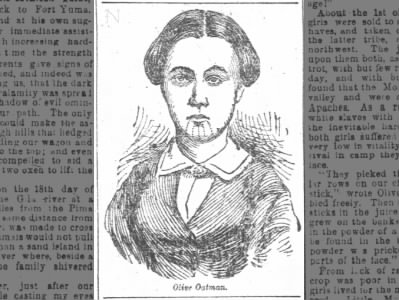 They’d lived in harsh captivity for five years when young Mary Ann became sick and died, leaving Olive alone and depressed. She remained among the Mohave for six more months before rumors spread that she was among them. Negotiations were made to let her return and, within days of her release she was happily reunited with the brother she had thought to be dead, who had been trying all that time to find a way of rescuing his sisters. 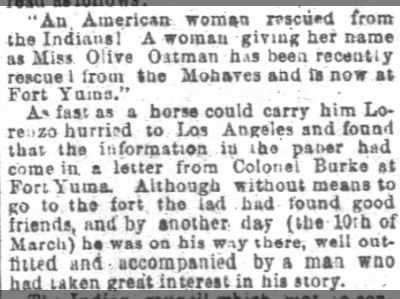 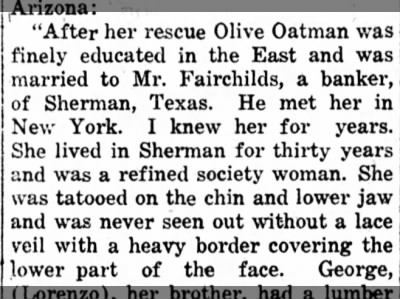 For a more complete version of the story, click through to this article from 1893 on Newspapers.com. There is more to find on Olive Oatman, too: try this search. You can also use the search or browse pages to look through the collection of papers on the site.