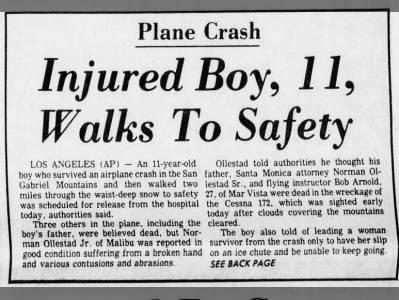 In the papers of 1979 is found the incredible and harrowing experience of 11-year-old Norman Ollestad. His father raised him from infancy in a life of adventure and risks, teaching him determination along the way. It was his determination that ended up saving Norman’s life one disastrous day. 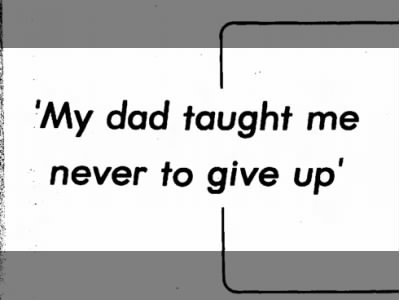 Norman and his father had taken a Cessna 172, along with a flight instructor and his father’s girlfriend, on a short flight over the San Gabriel Mountains. The plane went down at 8,000 feet, killing Norman’s father instantly and the pilot shortly after. Sandra, his father’s girlfriend, lived, though with some head injuries and a dislocated shoulder. Norman was miraculously mostly unharmed. The two huddled together under the wing of the downed plane for seven hours, waiting for help to come. Eventually Norman suggested they try to get off the mountain, fearing they might freeze to death. Sandra reluctantly agreed, and together they started the depressing trek back down the ice- and snow-covered slopes. 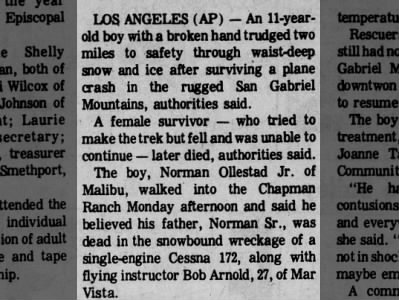 The mountainside was so icy that they simply sat and slid down the slope. It tore at the skin of their hands and was hard to keep their speed and direction under control. Early into the descent Sandra slid into an ice chute and lost consciousness. Norman covered her in branches in an attempt to keep her warm before he continued down the mountain alone. Over nine hours after the plane crash he wandered into a ranch house with the upsetting news, shocking everyone with his resilience and ingenuity. 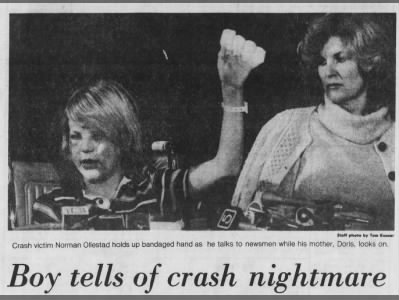 Unfortunately, Sandra died before she was found. Norman was treated for a bruised and cut face and a broken wrist but emerged from the incident with an impressive determination to return to the slopes for recreational purposes. 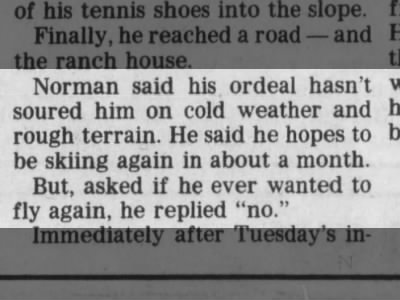 Try this search for more on this story of Norman Ollestad, or check out the search page on Newspapers.com to do a new search of your own.