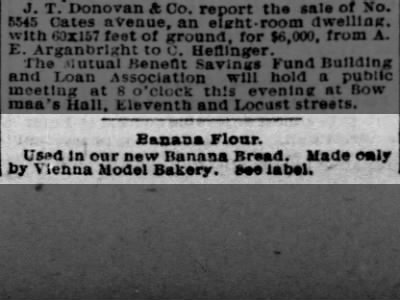 In the early 1900s Hawaii, a surplus of bananas led to the fruit expiring faster than it could be eaten. The island scrambled for new recipes to use up all the bananas, one of which was banana bread. 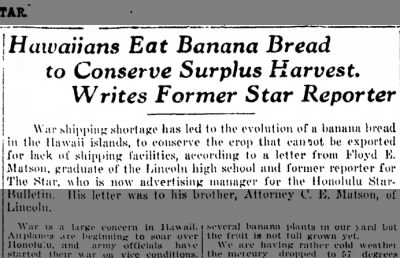 But banana bread really took off in the 1930s, when baking soda and baking powder became a staple in American cooking. It was printed in recipe books (Balanced Recipes in 1933 and later Chiquita Banana’s Recipe Book in 1950) which gave the dessert bread a boost, and new variations were shared among friends and in the newspapers of the time. 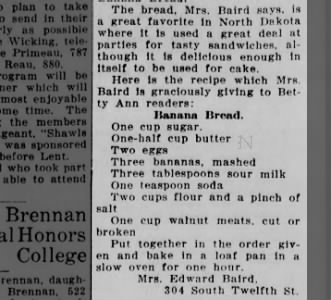 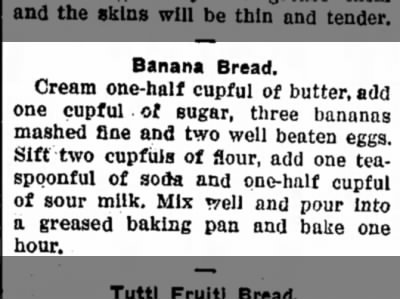 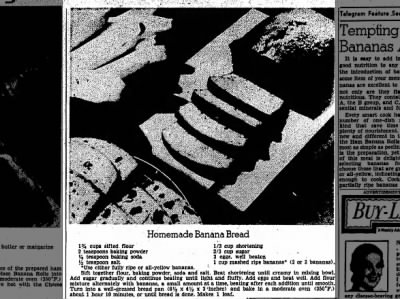 So if you’ve got a few overripe bananas lying around, today is the day to use them! Do you have a favorite banana bread recipe or memories associated with the treat? Let us know! And try searching Newspapers.com for more recipes and history related to banana bread.