In July, 1963, the 5-digit ZIP code was introduced throughout the United States. It was a slight departure from the system that had existed before, and with the simultaneous introduction of 2-letter state abbreviations (NY rather than New York, for example), the general public took some time to get on board with the change. 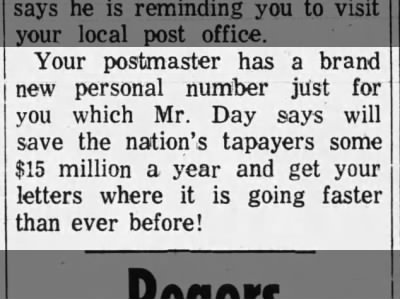 To help remind people to use the ZIP codes, and to teach younger generations this new system, a cartoonish mail carrier named Mr. ZIP made his grand debut. He made appearances on posters and in the corners of stamps, and generally helped the idea of ZIP codes really stick in people’s minds. 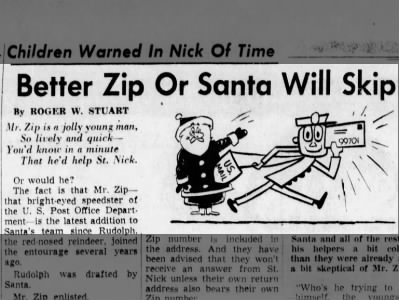 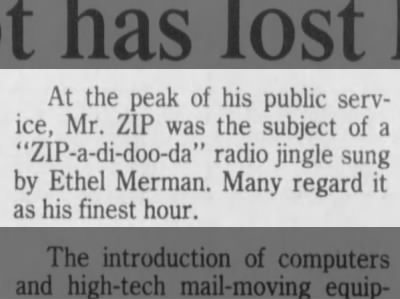 Do you remember Mr. ZIP and the arrival of ZIP codes? Let us know in the comments! You can also find more on Mr. ZIP and other historical innovations on Newspapers.com.