This week in 1927, work began on the ambitious sculpture of Mount Rushmore. The project was the brainchild of sculptor Gutzon Borglum. 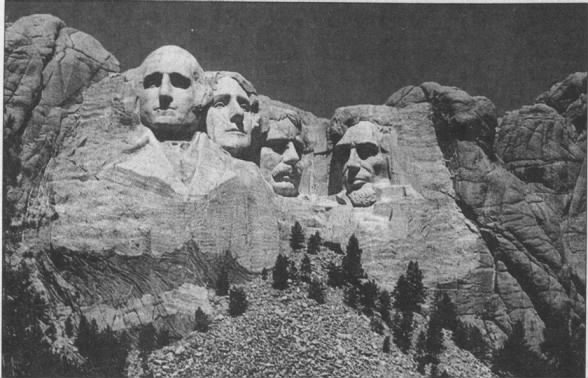 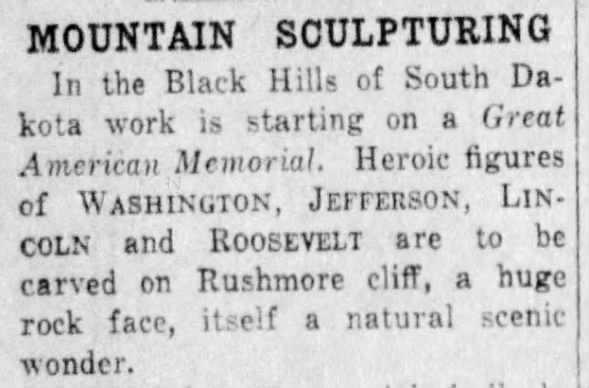 Washington’s face was the first to emerge from the stony cliff. The rest of the sculpture would take 14 years to complete, though “complete” may be the wrong term to use. Gutzon planned for the sculpture to not only include the four famous faces we see there today, but also to inscribe a history of the United States into the mountain that would endure through the ages. However, Gutzon’s unexpected death in 1941 led to an early end to the project, and the history portion of the sculpture was never included.

Not everyone was pleased with the decision to use a natural landscape as the canvas for a memorial to presidents past.

Regardless of the controversies it has stirred in past or present, Mount Rushmore has become an internationally recognizable U.S. landmark. 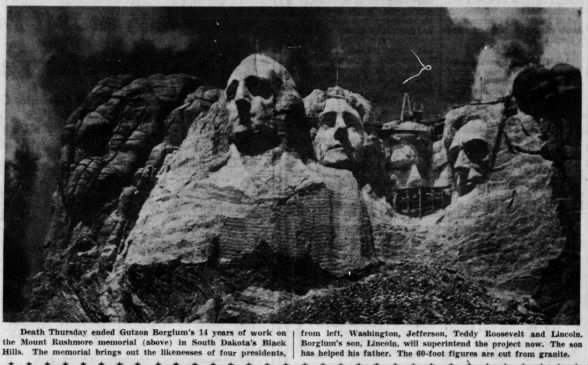 How Rushmore Got its Name

Susan B. Anthony proposed as another addition to Mount Rushmore sculpture

Find more on Mount Rushmore and its history with a search on Newspapers.com.