When someone’s got a nickname like “Mr. Eat-all,” you can be sure he must have earned it. And Michel Lotito certainly did. Over the course of his lifetime he ate quite the interesting assortment of objects—metal objects, primarily. 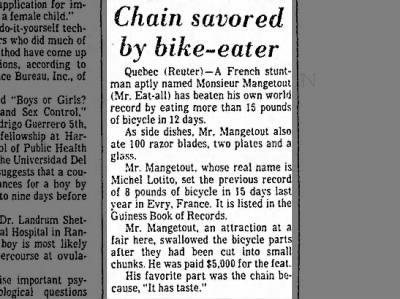 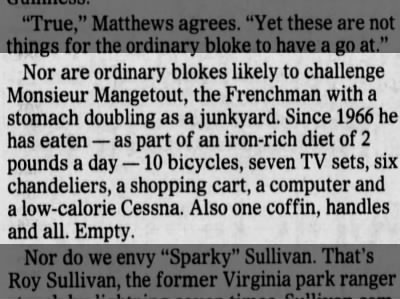 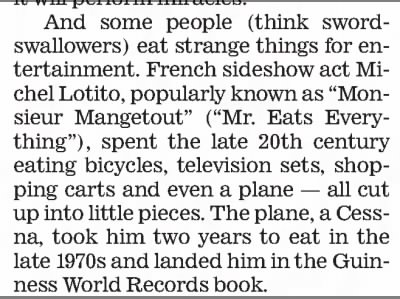 Yes, those last two clips do say “Cessna.” Lotito consumed the small plane from 1978-1980. But he didn’t get there in one fell swoop. From his teenage years, Lotito realized he could stomach pretty much everything, in the most literal of ways. Glass, metal, rubber—anything was fair game, and Lotito claimed not to suffer any ill effects from this unusual, nearly life-long stunt diet. He passed away in 2007 from causes unrelated to his metal consumption.

Find more on Lotito and other bizarre world record holders with a search on Newspapers.com.