This week in 1908, the first Model T Ford is produced at the Piquette Avenue plant in Detroit, Michigan. 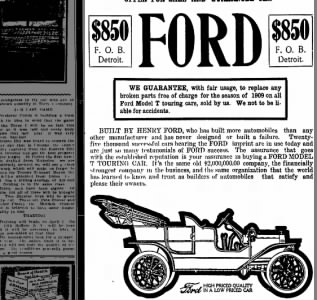 Though $850 was not exactly cheap in 1908, it was a great deal more affordable for the average person than most cars available at the time. The Model T sold very well—more than 15 million models were made over the next 20 years—and it took cars from an occasional luxury for the wealthy to an every day item for everyone. 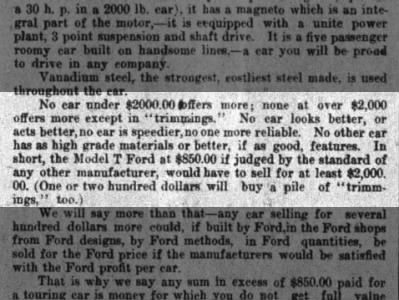 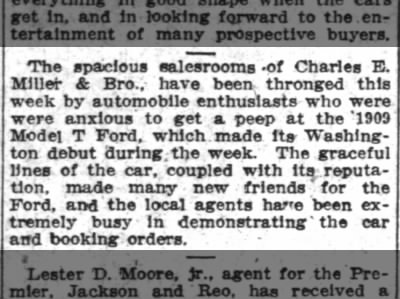 Eventually the customers wanted style as well as reliability, and the Model T was pushed aside in favor of cars with more variety. The last model left assembly lines in 1927. 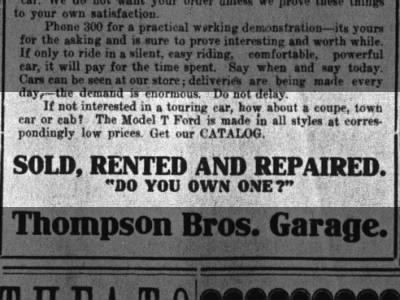 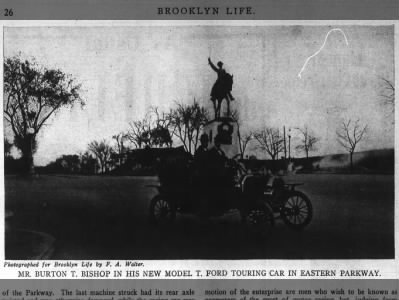 Find more about the Model T and the Ford Motor Company with a search on Newspapers.com