On May 5th, 1868, Major General John Logan, commander in chief of the Grand Army of the Republic at the time, proclaimed that May 30th would be set aside to honor the fallen soldiers of the devastating Civil War. It was called Decoration Day as a reminder to leave flowers and other remembrances at the graves of these lost comrades. 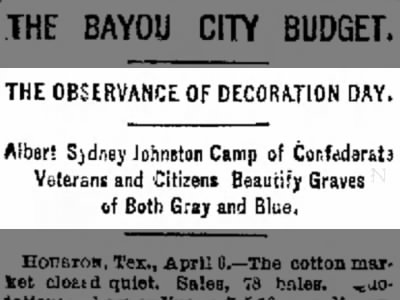 It took a little over 30 years for this day to be celebrated on a more national level, and even then the Southern states refused to share the same date of remembrance for their own fallen soldiers. It wasn’t until the 1970s that the last Monday of May was selected as the day to officially observe Memorial Day, with nearly every state honoring and remembering fallen soldiers from multiple conflicts together.

In 1915, inspired by the poem “Flanders Fields,” a woman named Moina Michael came up with the idea to recognize the day, and the soldiers’ sacrifices, by donning a red poppy. 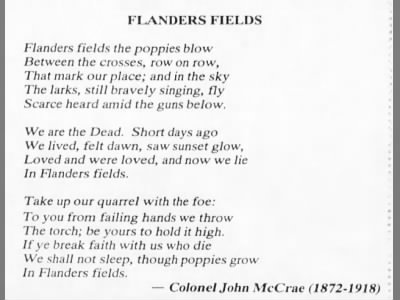 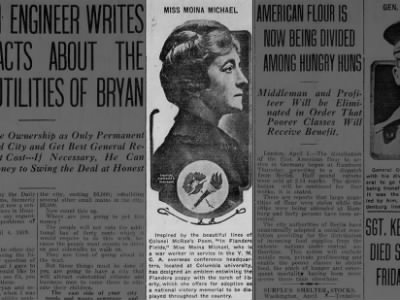 She was so moved by the words of the poem that she even wrote her own verses in response, highlighting the symbolic nature of the vibrant flower. 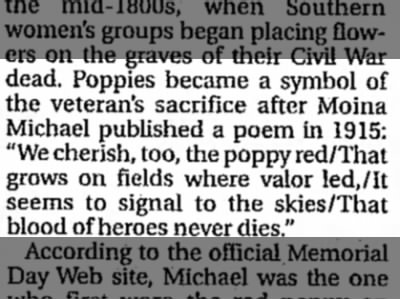 The practice of wearing and decorating graves with the red poppy was picked up by other countries as it gained popularity. The poppy is also associated with Veteran’s Day, perhaps even more so now than with Memorial Day. But all uses are meant to show respect and honor for those lives lost in the several terrible wars since the nineteenth century. 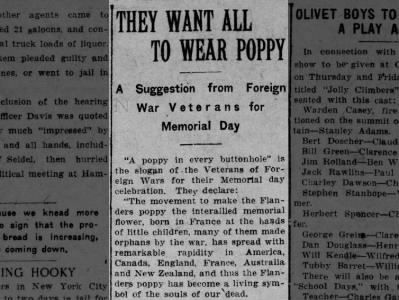 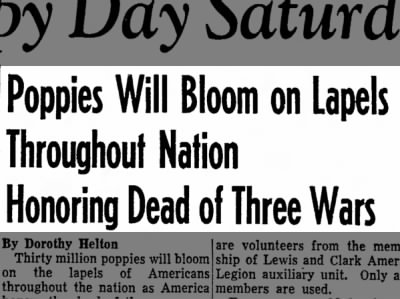 Soon after Moina first came up with the idea for memorial poppies, benevolent groups began to sell paper versions for the benefit of the families left behind after their loved ones’ deaths. These crepe paper flowers were made by disabled veterans and other volunteers and were sold in massive numbers, with the proceeds going directly to the widows and orphans of the dead. 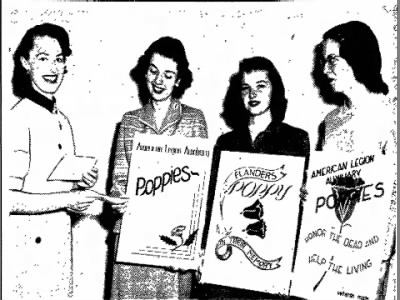 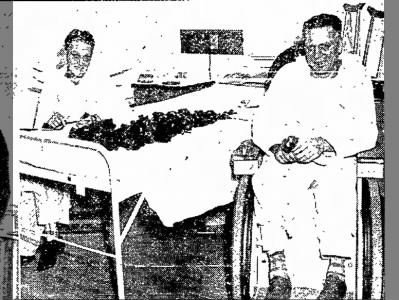 For her thoughtfulness and initiative in starting the tradition of wearing memorial poppies in remembrance of those who died in war, Moina Michael was put on her own commemorative stamp in 1948. A poppy-red background surrounded her portrait, and an illustration of poppies with the description “Founder of Memorial Poppy” across them decorated the left of the stamp. 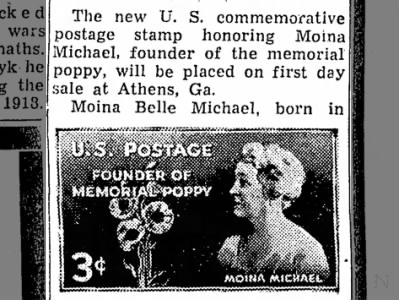 For more on Moina Michael, try this search on Newspapers.com. There are also many articles on the site that talk more generally about Memorial Days past, which can be found with this search. Otherwise, try your own search for interesting historical news stories on Newspapers.com’s search page.